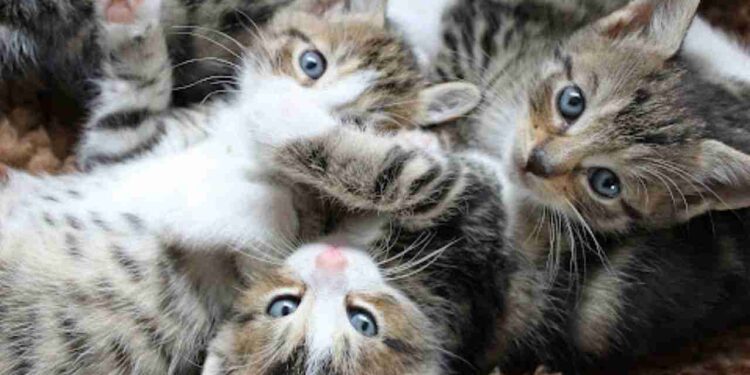 56-year-old Ian lives in his small house with 70 cats. Ian says that he was suffering from a disease like epilepsy, in which these pet cats help him. However, their lifestyle has upset the neighbors.

In homes where there are pets, people treat and caress them like a member of their family. It would not be wrong to say that half the life of animal lovers resides in them. They can go to any extent for their pet. At present, one such case is in the headlines. A man from the UK lives in his small house with not one or two, but 70 pet cats. This person calls himself Catmando. However, this man’s love for animals is not liked by his neighbors. The neighbors are very upset with his lifestyle.

According to the report of the news website Mirror, 56-year-old Ian lives in his small house with 70 cats. Ian says that he was suffering from a disease like epilepsy, in which his pet cats help him a lot. Not only this, Ian has also claimed that cats are able to help other people suffering from epilepsy just like him.

However, Ian’s lifestyle has now become a headache for his neighbors. Ian takes his cats daily for a walk in the surrounding areas. The same thing is not liked by the people around. With so many cats coming out together, people and neighbors who come and go on the way cause problems.

Apart from this, Ian has built a small house for cats on the roof of the house. In this, he has fencing the wires, so that the cats cannot go out anywhere. According to the report, animal lovers are not happy with this decision of Ian. According to him, keeping cats in such a small space and not letting them out is no less than a torture for them.

Also read: Marriage was happening against will! See what the bride did during Jaymala in VIDEO