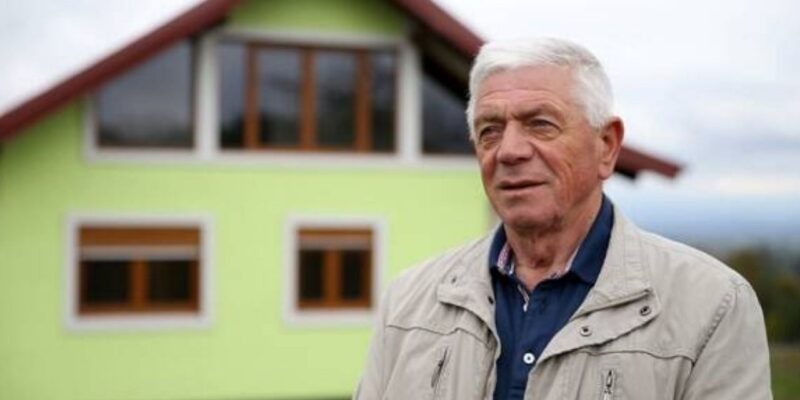 This man built a moving house for his wife

What do people do to please their wife? Now take a husband from Bosnia. To fulfill the wish of his wife, this man has built such a house, which is being discussed all over the world today. Actually, this man’s wife wanted her house to be such that she could see different views every time from the window. It sounded a bit strange to hear, but 72-year-old Vojin Kusic also fulfilled this wish of his wife.

According to media reports, Vojin has built such a spinning house for his wife, so that she can enjoy different views from the window at the same time. This house is built in the city of Srbac, Bosnia. The specialty of this house is that it can rotate on its axis.

Let us tell you that Vozin has prepared this unique house after six years of hard work. Vozin says that his wife was always moving things around to change the setting of the house. He was fed up with all the complaints of his wife. One day he decided that he would build a house for his wife, so that he could move it according to his wish. Today the result is in front of you. Today this unique house built by Vojin can spin on its axis.

Vojin told that this house can make one round in 24 hours. At the same time, it has also been designed to spin the fastest in 22 seconds. Vojin is inspired by Serbian American inventors Nikola Tesla and Mihajlo Pupin, who make their own things. 72-year-old Vozin says the house is also earthquake resistant.

Interestingly, this house can also be controlled through the iPhone app. Apart from this, the house can be given fast or slow speed according to the need.

read this also: The purse was lost 51 years ago, when the police returned the person, he was shocked to see the things inside

The price of this cryptocurrency increased by 260% in the last 7 days, investors became rich in 24 hours