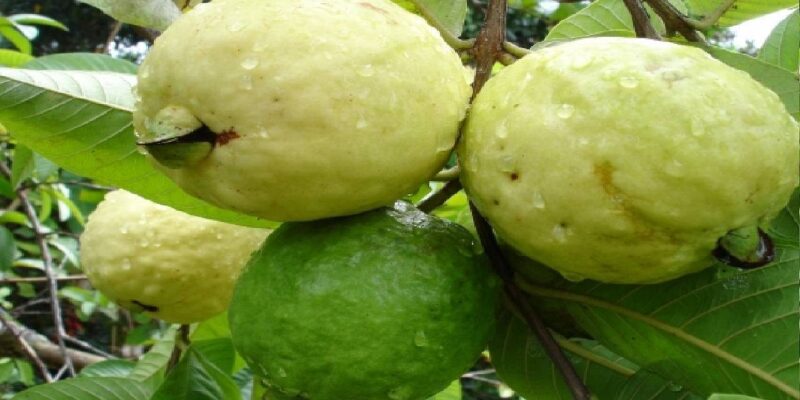 In Madhya Pradesh, the identity of Dinesh Bagad has been established as a guava farmer. When you visit his orchard, you will see hundreds of giant guavas hanging from the trees. His garden is spread over a large area. But a few years ago, Dinesh’s gardens were not as they are seen today. There was a time when Dinesh, a resident of Sajod-Rajod village, traditionally grew chillies, tomatoes, okra, bitter gourd and other seasonal vegetables on his 4-acre ancestral land. However, rising labor costs as well as heavy infestations of pests and fungi had eroded their profit margins and income. Apart from this, the price was not available in the market in comparison to the cost of production. So he made up his mind to leave the traditional farming and got into the cultivation of guava.

In 2010, his friend suggested that he try gardening and told him about the Thai variety of guava. Dinesh told The Better India that “Guava looked huge in the pictures and videos. I also went to an orchard in the neighboring state and was impressed, as each fruit weighed at least 300 grams and was almost the size of a musk. He further explained that this “variety of guava is called VNR-1, and I learned that the fruit had a longer shelf-life of up to six days and was less susceptible to infection. The long shelf-life means that even distant markets can be reached. Seeing it as a profitable prospect, I decided to experiment with the same.

Today there are 4,000 saplings in Dinesh’s garden, which earns him an annual income of Rs 32 lakh. Taking inspiration from his success, around 400 farmers of Madhya Pradesh have also followed him. Dinesh says, “Initially, I suspected that the fruit variety was injected with hormones or some chemicals to achieve its large size. But after planting a few saplings in my field, following traditional farming techniques, I got fruits for the first time in 11 months. In which the weight of the largest fruit was 1.2 kg. Then he took 18 acres of land on lease with his brothers to plant 4,000 trees in 10 years. He says that his income has increased five times in the last few years and he has got much-needed financial relief. Dinesh says that he was the first to successfully grow these guavas in the region.

“The trees require minimal maintenance and little attention, but when I started marketing the fruits, it became a problem. Many people were skeptical about buying guava for its large size, and felt that consuming a kilo at a time would be too much. Dinesh realized that there is an altogether different market demand for venturing into the new field of horticulture. He then tried to sell his produce in 12 markets across India including Bhilwara, Jaipur, Udaipur, Ahmedabad, Vadodara, Surat, Pune, Mumbai, Bengaluru, Bhopal, Delhi and others. In 2016, when he sold guava in Mumbai for Rs 185 per kg. Customers from Delhi and Mumbai appreciated the fruit. Dinesh plans to increase his plantation by five acres in the coming year.

Read also: Moisture becomes villain: Not getting full benefit of MSP, farmers are forced to sell paddy at Rs 400 less than support price

On This Day: Batting 622 minutes, the record of the legendary West Indies batsman was broken, tiring the bowlers

Early cultivation of mustard: Sow these varieties, you can get up to 20 quintals per hectare