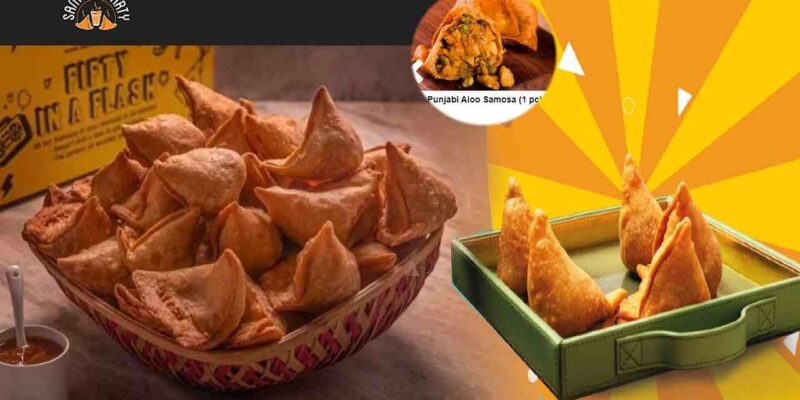 Samosa Party Success Story: Whenever there is a slight hunger and there is a desire to eat snacks, then the most accessible option is – Samosa. If you want to give a small party, then tea-samosa party is a good and cheap option. So take today we are talking about Samosa Party. Not a party with samosas, but a startup called Samosa Party, which created a business worth crores by making samosas, the favorite snack of us Indians, unique.

‘Samosa Party’ stores are available in 15 locations in Bangalore. Now it has stores in Gurugram as well. Their samosas are also available on some food delivery apps. You can also order samosas online like pizza and burgers. Samosas will be delivered to you within just half an hour.

How and where did the unique idea come from?

The idea to make samosas unique came up with Amit Nanwani and Diksha Pandey from Bangalore and then they made it a brand. According to the report of YourStory, Diksha noticed that there are brands of items like burgers, pizzas available, but if she wants to eat samosas in the city, she depends on the local shops nearby. People should have such options for samosas like pizza, burger that they can order online and branded samosa reaches them… with this thinking they got the idea for business.

14 types of samosas, code on each samosa

If you order samosas from here, you will see a code on the samosas. These codes only tell how the filling has been done inside. Actually, Samosa Party has 14 varieties of filling. That is, 14 types of samosas are prepared here. According to the spices to be filled inside the samosas, a code is entered on them. Diksha and Amit say that as long as you keep giving a good product, you will remain in the market. Both tell that they do not compromise in any way with the quality.

‘Samosa Party’ is able to take around 50,000 orders every month and around 5 million samosas are sold every year. The turnover of the start up company is also in crores and also the annual earnings. His profits are increasing and this is where he got the courage to launch his unit in Gurugram. Diksha says that they want to make it a big brand.

Also read: How do children make videos on Youtube that their earnings are in crores… one’s earning is in billions

Australia surrendered in front of Virat Kohli in T20 World Cup, now got a big honor