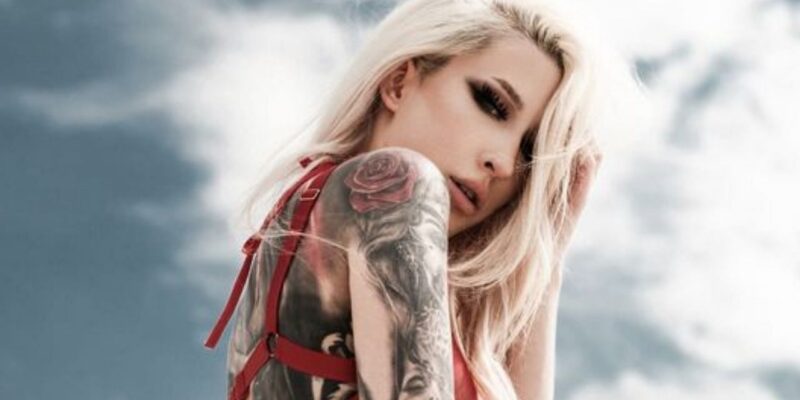 Hundreds of tattoos on the body, but fear of needle

Everyone is fond of getting tattoos on the body, but for this he has to go through the pain of needle. But if someone who has got hundreds of tattoos says that he is afraid of injections, then hardly anyone will embrace this. but it’s true. Tattoo addict 27-year-old Jenna Melody Miller’s entire body is covered with tattoos. But this girl says that she feels so much from the injection that she faints on seeing him.

According to the Daily Star report, 27-year-old Jana Miller, who lives in Germany, is a makeup artist by profession. He is very fond of getting tattoos. But Jana says that she tolerates the pain of needle while getting the tattoo done, but faints on seeing the injection needle. Interestingly, when she mentions her phobia to doctors and nurses, she feels that Jana is joking with them. It is obvious that if someone who has got hundreds of tattoos on his body does such a thing, then anyone will be shocked.

Jana, fond of tattoos since childhood, got her first tattoo done at the age of 19 for the first time. Since then, she has got hundreds of tattoos done on her body. He has spent lakhs of rupees on this hobby of his. But as soon as she tells about her phobia to the medical staff, they are shocked to see hundreds of tattoos made on her body. According to Miller, whenever she has to go to the hospital for a blood sample, she is very nervous.

Let us tell you that a brand new car can be bought for the amount of money that Jana has spent in getting a tattoo done on her body. Jana is also very active on social media. He has about 1 lakh followers on Instagram. Jana says that anesthesia is given while getting the tattoo done, so she does not feel the pain. While this is not the case with injections. Jana says that she wants to cover her entire body with tattoos.

Good news for farmers! Hybrid seed mini kits will be distributed for free in 343 districts of 15 states