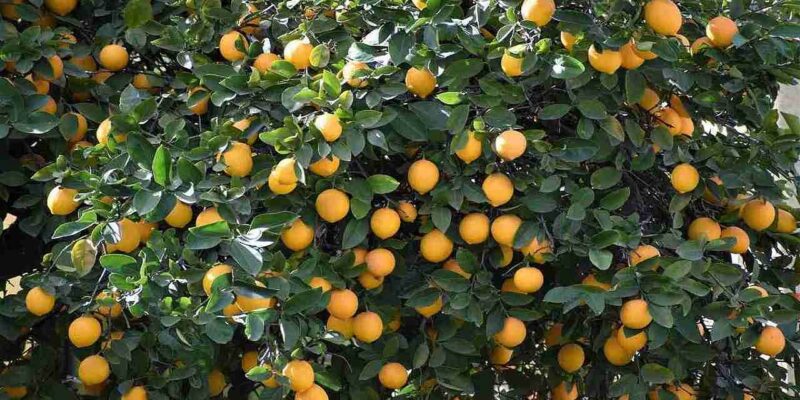 Lemon is one of those crops, the main source of medicinal properties and vitamin C, whose demand always remains in the market. This is the reason that now farmers are cultivating it along with other crops in the vacant land or gardens.

Many times the outbreak of pests and diseases in lemon orchards is so much that the crops are badly damaged. In such a situation, farmers may have to bear heavy losses, but farmers can identify them and treat them. Know how?

The larva of this insect penetrates into the new leaves and makes a zigzag tunnel in them, which affects the growth of the plant. After which the fruits start dying. Monocrotophos 40 EC for its control. 1 ml per liter of water or Deltamixed 2.8 EC. Spraying of 5 ml per 10 liters should be done twice at an interval of 20 days.

The larval stage of this butterfly is harmful, which damages the plant by eating the leaves. Its adult is a large butterfly of bright color. Three to five generations of this insect are found in a year and it is more active in the month of September. To prevent this, Bt. 1 gram per liter of water or Endosulfan 35 EC. 2 ml of the drug should be mixed with per liter of water and sprayed.

This disease is spread by a bacterium called Xanthomonas citri. It mainly affects lemon plants. The effect of this disease is visible on leaves, small branches, thorns and fruits. Initially small shiny yellow spots are formed which are 3-4 mm in size later. The shape becomes brown and spongy. These spots are more pronounced on the leaves than on the fruits. This disease spreads more in the rainy season and affects the Kagji lemon more. For the control of this disease, during rainy days, 0.2% blightax 50 should be sprayed at an interval of 15 days. Streptomycin Sulfate 500 ppm The solution has also been found effective in its control.

Also read: Shock to the farmers of Uttar Pradesh before sowing of Rabi, IFFC increased the price of NPK fertilizer, this is the new rate

Also read: Big news about the land records of crore farmers of 10 states including Punjab-Haryana, know the whole matter

When the principal reached the school in a new car, the teacher used to live in Srinagar, the terrorists shot after seeing the ID.