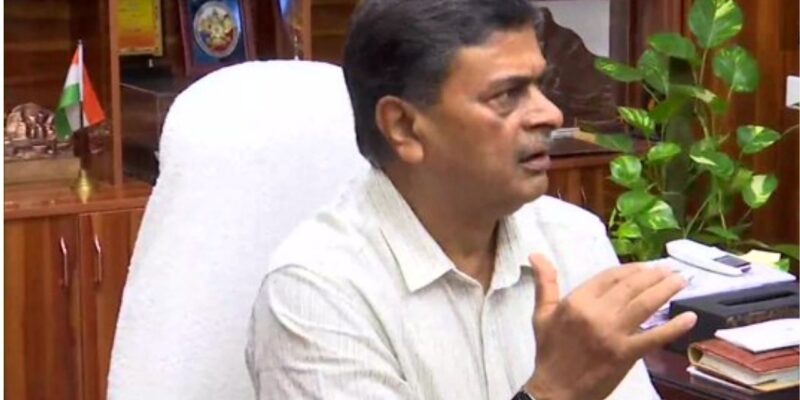 The power crisis is deepening in many states including Andhra Pradesh, Gujarat, Punjab, Rajasthan, Jharkhand, Bihar, Delhi and Tamil Nadu. After the Chief Ministers of all the states raised the issue of shortage of coal, Union Energy Minister RK Singh has talked about maintaining power supply in Delhi. The Union Energy Minister said that we had called a meeting of all the office bearers today. The amount of electricity required in Delhi is being supplied and will continue to be so.

Union Power Minister RK Singh said that the CMD of Gas Authority of India Limited (GAIL) was also present in the meeting. We have told them that whether the contract is closed or not, you will give as much gas as the gas station needs. He has assured me that the supply will continue. There was no shortage of gas before, nor will there be in future. RK Singh said on the shortage of coal that we have an average stock of coal for more than four days today. We have stock every day. The stock of coal came as much as was consumed yesterday.

The Union Energy Minister further said that we do not have stock of coal for 17 days as before, but stock for 4 days. This situation of coal is because our demand has increased and we have reduced imports. We have to increase our production capacity of coal and we are working in that direction. Giving clarification on the outcry for electricity, RK Singh said that this panic without Aadhaar happened because GAIL sent a message to the discoms of Delhi that they would stop gas supply to Bawana gas station after a day or two. will do. Sent that message because his contract is expiring.

Union Power Minister RK Singh said that I have warned the CEO of Tata Power that action will be taken against them if they send baseless SMS to the customers which can create panic among the customers. On Congress leaders’ remarks on shortage of coal in power plants, Union Power Minister RK Singh said, “Unfortunately, the Congress party has run out of ideas. They are running out of votes and hence they are running out of ideas too.”

Also read: Lakhimpur Kheri Violence: Preparations to surround the government, Congress sought time to meet President Kovind, these 7 leaders will be in the delegation with Rahul Gandhi

Everyone condemns dynasty but why no one leaves the party