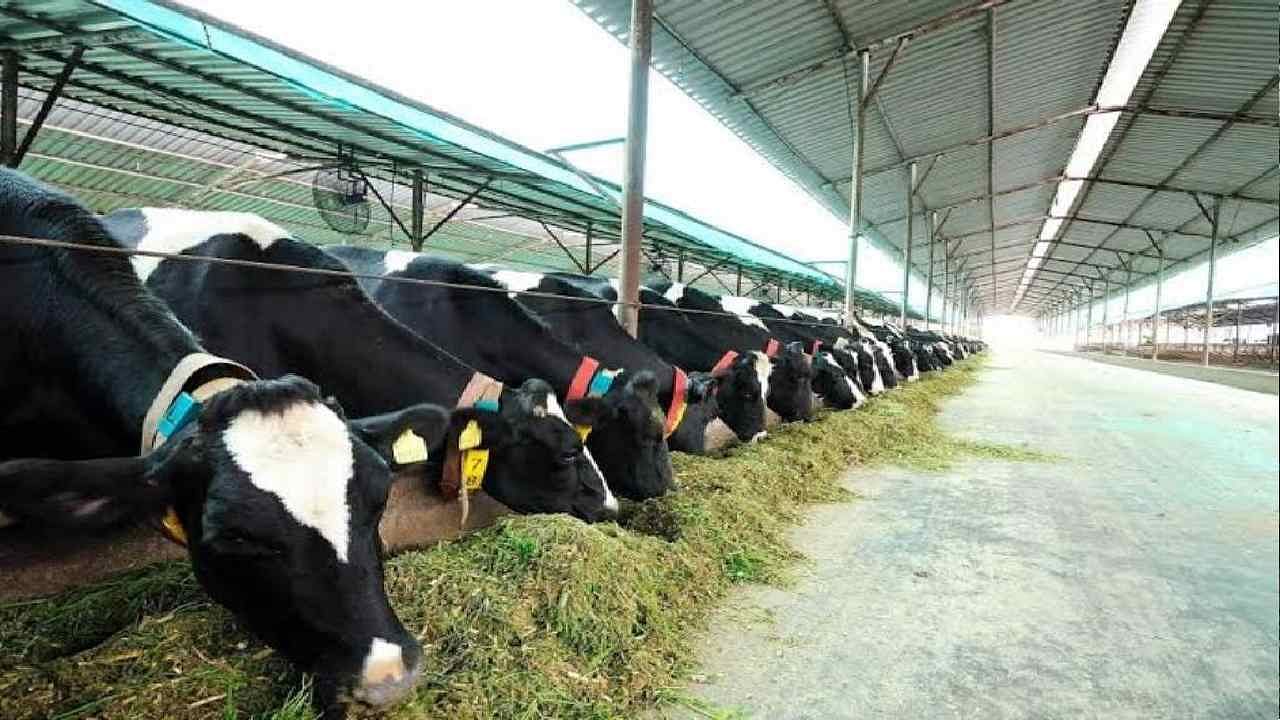 Animal husbandry, especially cow rearing, has become a profitable business today, so young people who are getting big salaries in big companies are also getting attracted towards it and adopting it as a career. A youth of Jharia block of Dhanbad district of Jharkhand is rearing a cow. At present, he is also studying, and is also doing cow rearing, due to which he is also earning well, along with studies, he is also running a farm.

The name of this farm started by the youth of Dhanbad is RK Dairy Farm. Rohan Tiwari, the operator from the farm, tells that he has learned cow rearing only by watching YouTube. Rohan is currently pursuing his graduation. Explaining the reason behind opening the farm, he said that he likes to serve cows. Along with this, their income will also be there. Now he is also studying and serving the cows.

Rohan says that he started his dairy farm with two cows. After that gradually he kept increasing the number of cows. As the demand for milk increased, in the same way they kept increasing the number of cows, Rohan tells that never ever bring a cow together, otherwise the milk is not sold, in such a situation there is a loss. Right now all the cows give milk except one cow in their farm. All cows are of HF breed. Today more than 100 liters of milk from Rohan’s farm goes to the market every day. They sell milk at the rate of Rs 45 per litre.

Rohan says that he got support for this work from the family. They tell that it is better to do business than a job because it earns well. At the same time, the service of the cow is done and the mind is also engaged. Rohan tells that he reaches here every morning at five o’clock. Apart from this, he has also installed CCTV camera for proper monitoring here. Rohan spends most of his time here everyday. He told that the dairy business is not a loss-making business if this business is run with proper care and management.

what do you feed the cow

Rohan feeds moong churi, mustard cake and maize to the cows in his farm. He told them that he also feeds gram powder to the cow, because of which the cow gives a good messenger. It costs Rs 200-250 per cow per day to feed a cow. Apart from milk, ghee and cheese are also sold in his farm.

Read also: Estimates of record yield due to good rains, production of kharif crops may be 150 million tonnes

Hindi Diwas: Hindi is not our national language, know how different it is from mother tongue and official language?

Model became a victim of malnutrition due to thinness, shocking things told in the interview