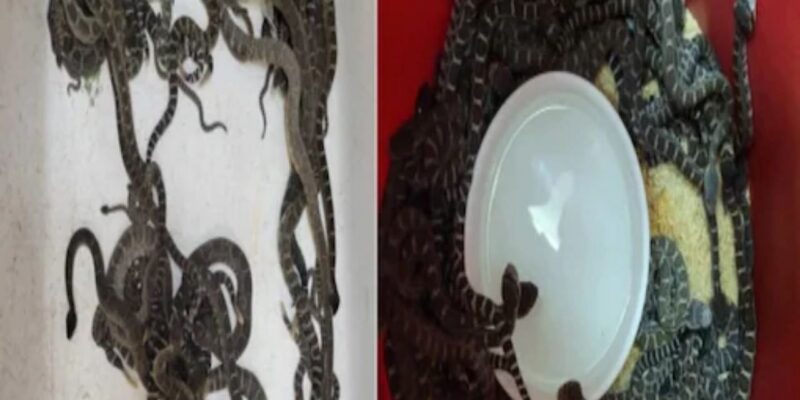 The family of snakes shown to the woman

Talking about a snake, it is such a creature, which everyone is afraid of. People tremble when they see a snake. People’s lives are also put in trouble due to snake bites. What would you do if you saw an army of snakes in your house? Now something similar has come to the fore, after knowing that you all will be surprised. Actually, when this happened to an American woman, she did not understand anything for some time, what to do during this time? After this he got the suggestion that he should call the rescue team and call them.

Let us tell you that this incident is from Sonoma County in California, USA. A woman was living in this place and she saw a lot of snakes under her house. The woman was surprised after seeing the snake but she called the rescue team without delay. According to the report, no one had any idea that there is not some snake but the entire family of snakes is going to be seen.

Alan Wolf, director of Sonoma County Reptile Rescue, shared this information from his social media account Facebook page. Sharing the post, he wrote – Last week I got a call from a woman, she said that there are snakes under her house. This rescue took me 3 hours 45 minutes and I came out with 22 big and 59 small snakes.

Alan Wolf told – The foundation of the house is built around rocks and snakes. Because of which they keep coming and going here. Let me tell you these snakes that have been caught are Pacific rattlesnakes. They are born between August and October. They also eat small insects, crawling insects and birds to fill their stomach. However, they do not cause any harm to humans unless they feel any danger. Even after having so many snakes under the house, he did not harm the woman living there.

Armies of China and Russia will exercise together; Special training will be given on communication, landmines and air threats