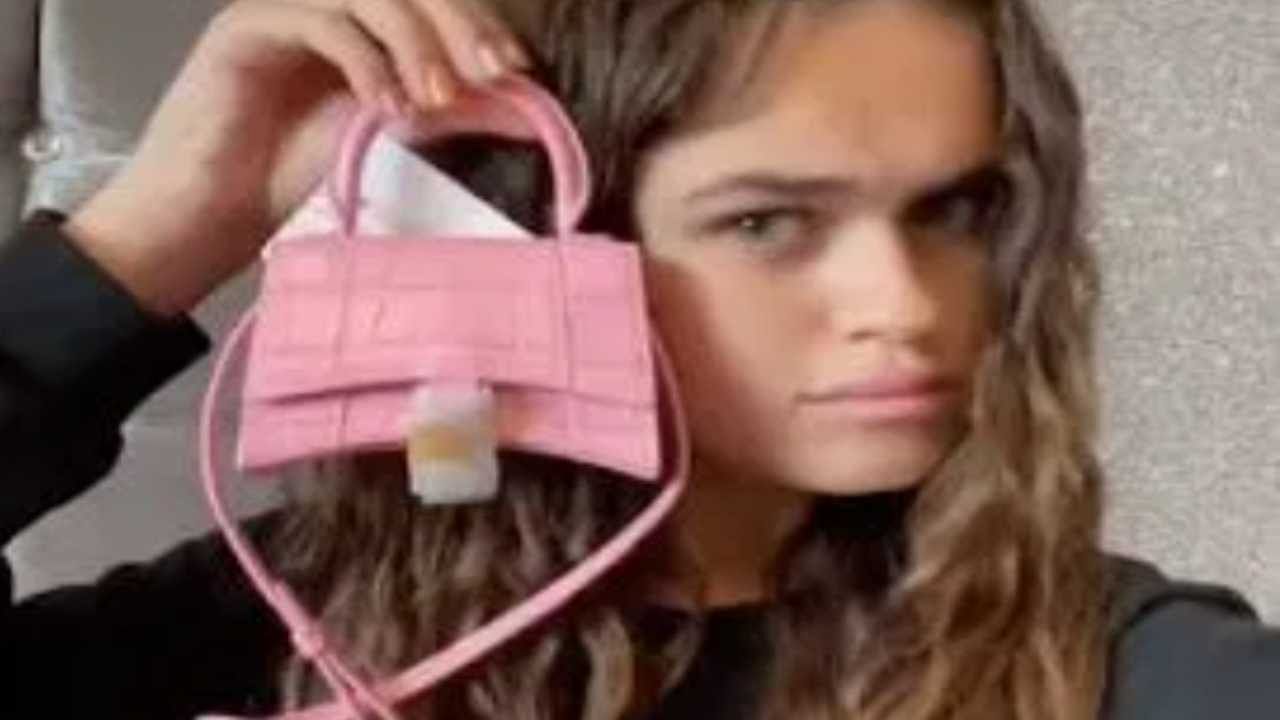 Due to the Internet, the way people shop has also changed a bit. Actually, now people order any item sitting at home with great speed. But sometimes some people have a big regret for shopping online. Something similar happened these days with the woman who had ordered the bag online.

The woman told that she bought this mini bag from Spanish designer Balenciaga.

The Internet completely changed the world of shopping. While many people believe that online shopping is a profitable deal. At the same time, many people regret a lot after shopping online. In fact, recently a woman ordered a ‘mini’ bag after spending about 70 thousand rupees. But when she was delivered, the woman was surprised to see. The bag that the woman got was so small that it was difficult to keep anything in it.

This woman named Khloe Kalvina informed about this by sharing the video of the mini bag on her social media platform. Sharing this video, the woman wrote in the caption, “So when they say mini they really mean mini.” The woman claimed that she had spent 675 pounds i.e. 68 thousand 681 to buy the bag after seeing it online. This amount sits around 70 thousand according to Indian currency.

The woman told that she bought this mini bag from Spanish designer Balenciaga. Khloe Kalvina said that she initially wanted to buy this bag so that she could use it. In fact, the main motive of the woman was that she could keep her phone and cash in this bag. However, when the bag reached Khloe, she was very disappointed to see it. He wrote on social media, “I had no idea it only fits my ID and it is smaller than my phone.”

On seeing Khloe Kalvina’s social media post where some people expressed sympathy towards the woman. One user wrote, “No, the mini bag online looks so big.” To which, the woman agreed and said that she also felt bad seeing the bag. Let us tell you that this is not the first time that when someone has bought something online and he has to go through such a situation. Even before this, such strange incidents have happened with many customers.

The farmer is being forced to work, the contribution of the earnings from crops in the income of 10 thousand months is only 37 percent.

This woman has unconditional love for her pet pigeon, spends 4 lakhs on care every year