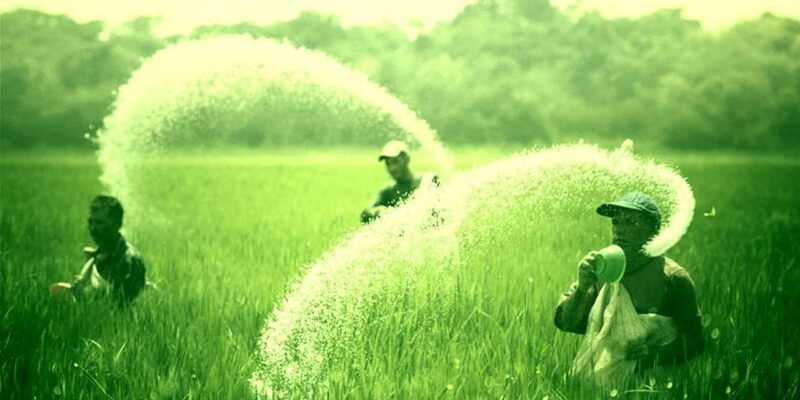 In Madhya Pradesh, once again a worrying situation has arisen regarding the supply of fertilizers to the farmers. On the one hand, there is a power cut in the fields and now the farmers are suffering due to non-availability of fertilizers on time. Farmers say that due to getting 2 bags of DAP per acre, the supply is not getting while they need 4 to 5 bags per acre. The time has come for sowing the Rabi crop. Due to non-availability of fertilizers at such time, the problem has become two-fold. The team of TV 9 Bharatvarsh reached Ground Zero to investigate the matter. We reached out to the farmers and tried to gather information that what is their problem. Farmers said that they are facing shortage of fertilizers for a long time. Farmers say that the supply of fertilizers is not being done properly. The administration has manure but it is not providing it to the farmers. At the same time, the private shopkeeper is selling manure in black. So where should the farmer go? No complaint is heard.

Farmers’ problem is not ending

Earlier there was a problem of electricity, now there is a problem due to non-availability of fertilizers. Some similar pictures are coming from Chambal area. There is a severe shortage of DAP and Urea in Bhind Morena Gwalior areas of Chambal area.

The administration is making efforts to meet this shortcoming, but it is also compelled in front of the anger of the farmers. Long queues are formed outside the fertilizer shops since morning.

This is the condition of the cooperative minister’s native village, where women and men are arriving in long queues with food, not knowing how long they should wait. On the other hand, angry farmers expressed their anger by blocking the highway.

what the state government said

The government has a full eye on the matter. Shivraj Singh Chouhan convened an important meeting regarding the supply of fertilizers, in which the collectors were instructed to ensure the supply of fertilizers and this work should be done following all the rules. Shivraj said that if there is any problem, then help can be taken from ACS, Chief Secretary and Chief Minister’s Office.

At the same time, government spokesperson and Madhya Pradesh Home Minister Narottam Mishra said that in the cabinet meeting today, the Chief Minister has taken information about fertilizers. In the coming 2 to 3 days, the shortage of manure will be removed.

The Cabinet Committee on Economic Affairs (CCEA) chaired by Prime Minister Narendra Modi has approved the Nutrient Based Subsidy (NBS) rates for P&K fertilizers for the period October, 2021 to March, 2022. Rabi (winter sowing) season begins in October. The subsidy rate per kg of N (Nitrogen) under NBS is Rs 18.789, P (Phosphorus) Rs 45.323, K (Potash) Rs 10.116, according to a government statement. Rs and Rs 2.374 for S (Sulphur) has been fixed.

The government said that “the total amount of rollover will be Rs 28,602 crore. Under this, a special one-time package has also been provided for additional subsidy on DAP for a possible additional cost of Rs 5,716 crore.”

The total subsidy requirement would be Rs 35,115 crore, the statement said. CCEA also approved inclusion of potash obtained from sugarcane molasses (0:0:14.5:0) under the NBS scheme.

According to the statement, “The net subsidy required for Rabi 2021-22 after deducting savings would be Rs 28,655 crore. In June also, the CCEA had increased the subsidy for DAP and some other non-urea fertilizers by Rs 14,775 crore. .

The government had allocated about Rs 79,600 crore for fertilizer subsidy in the budget for the year 2021-22 and this figure may increase after provisions for additional subsidy.

If you are crazy about Royal Enfield Bullet 350, then cruiser bike is available here for only 86 thousand rupees, along with 12 months warranty