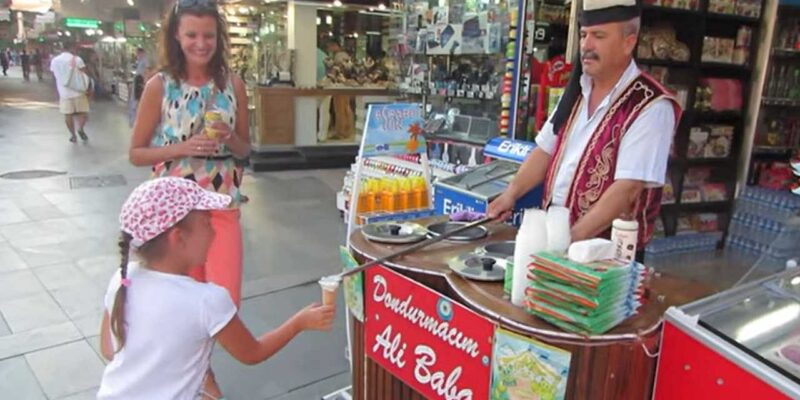 If you have also seen that video, then you must have come to your mind that after all what is this ice cream made of that it sticks to the stick. Also, the ice cream does not fall even when the cone is turned upside down. In such a situation, we know how this ice cream is made and due to which it sticks to anything. Know the special things related to this ice cream…

How is this ice cream made?

According to the report of DW, the name of this ice cream is Maras Ice Cream. This is the famous ice cream of Istanbul, which is now being sold in many places in India too. The way it was made is centuries old. The method of making it is such that it is a very slow mistake and chewing is like chewing gum. To make ice cream, first goat or cow’s milk is cooked well. Because of this, it becomes hard to chew later. After this sugar is added to it and Turkic ingredients made from the roots of Koi Archit are mixed in it.

The special thing is that now some materials have been banned, due to which other materials have to be used to make it. According to the report, the method of making it is centuries old, but earlier it was made by hand and now a machine is used for this. Due to the increase in demand, machines have to work and due to this the work gets done quickly. However, the same ingredients have to be used for making. After this the milk mixture is left to cool after mixing for several hours.

When left to cool, it becomes like a cream-like paste. Then it is kept in minus 40 degree temperature and beat. It is beaten for a long time and processed until it becomes flexible like plastic. After that it is sold.

UP government will soon give compensation for crop loss, Kisan Chaupal will be organized in 56000 gram panchayats