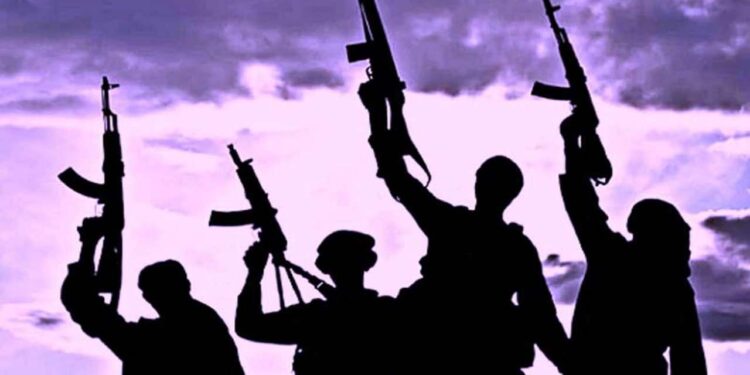 Apart from the Delhi Police, two of these terrorists, Osama and Zeeshan, took training in Pakistan. Now know that the script of Terror which was written in Pakistan and whose strings were laid in India.

First of all concerned about terrorism, Delhi Police made a big disclosure about Pakistan sponsored terrorism about two hours ago. Terror module headed by Pakistan’s intelligence agency ISI busted. The target of which were many states including Delhi, the capital of India. After the inputs from the agencies, the police arrested 6 terrorists from three states. Weapons and explosives were also seized from them. Sources tell that the UP elections and the Prime Minister’s public meeting were also on the target of these terrorists and on the lines of 26/11, they were going to shake the country.

6 terrorists and the three big states of India on target and the public meeting of the Prime Minister, the conspiracy was very big, the planning was of Pakistan. The mind game belonged to the underworld. But the Delhi Police foiled this nefarious conspiracy. Delhi Police busts Pak sponsored terrorist module. Arrested 6 terrorists. Two of which have been trended in Pakistan. So you heard that the Special Cell of Delhi Police arrested them from Delhi, UP and Rajasthan. Of these, Jishan Lala and Mohammad Amir were arrested with the help of UP ATS.

How did their connection with Pakistan and the underworld happen?

Now just look at the biodata of these dreaded terrorists and also know how their connection with Pakistan and the underworld happened. Apart from the Delhi Police, two of these terrorists, Osama and Zeeshan, took training in Pakistan. Now know that the script of Terror which was written in Pakistan and whose strings were laid in India. How big was his plot? According to Delhi Police, they were on target. They had a plan to explode before the Delhi, UP and Maharashtra festivals. There was a conspiracy to blast during Navratri and Ramlila.

Sources tell that Ayodhya was also on his target and the people of Aligarh of the Prime Minister were also on his target. They wanted to blast IEDs in crowded areas. In April, both the terrorists first went to Muscat from here and then went to Pakistan via boat from Muscat. There they took training in making bombs. Apart from this, Moolchand Lala is a man of the underworld. And the handler of all this was Dawood Ibrahim’s brother Anees Ibrahim. Meaning the script conspiring to shake India was written in Pakistan and was funding it.