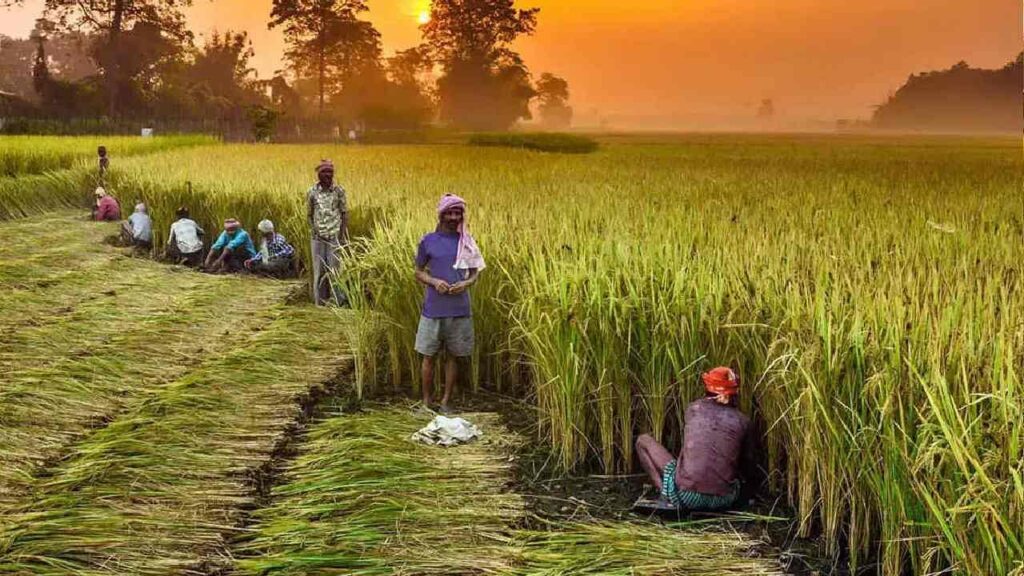 The Gross Value Added (GVA) of agriculture grew by 4.5 per cent in the second quarter of FY 2021-22, continuing its upward trend making it a major contributor to India’s growth.

Agriculture sector has always been playing an important role in the development of India. There was an increase in the agriculture sector even during the Corona period, while this was a period when all the sectors of the country were under lockdown. Despite this, agriculture has seen steady growth in India’s economy in recent years. The Gross Value Added (GVA) of agriculture grew by 4.5 per cent in the second quarter of FY 2021-22, continuing its upward trend making it a major contributor to India’s growth. A report by the Ministry of Agriculture said that there has been an increase of 6.1 per cent in sowing of Rabi crops as compared to last year.

Professor Shailendra Kumar Yadav, School of Agriculture, Indira Gandhi National Open University (IGNOU), told The Sunday Guardian that this change is taking place in the agriculture sector due to the continuous efforts and various reforms by the scientists of the country. He said that the problem is due to some factors such as global warming and slowdown in the productivity of varieties, but despite all these constraints, the use of new technologies has given rise to such growth, and secondly, government schemes and support have also led to such growth. Helped to promote this sector.

As per 2011 census, 54.6% of the total workforce is engaged in agriculture and allied sector activities. Some surveys have suggested that the lockdown imposed to contain the spread of the pandemic caused the working class to return to their villages. Due to this, more work force was also received in the villages for farming. Which helped this sector to grow. However, Shailendra Yadav attributed the success of the agriculture sector to innovation. Last year, due to the stringent lockdown imposed by the Center to contain the spread of the pandemic, the economy saw a sharp decline of 7.5% in its second quarter, yet agriculture remained on top with a growth of 3.0%.

The tendency to buy products has decreased

Apart from agriculture, manufacturing, public administration, defense and other services have seen a boom, but trade, hotels, transport and communication sectors have declined. According to a survey, consumer sentiment has declined by more than 30%, which means that propensity to buy products has decreased, but at the same time, private investment has also increased. The recent Consumer Confidence Survey (CCS)-Reserve Bank of India (RBI) report for November 2021, released on 8 December 2021, has shown an improvement in public sentiment.

Indian economy is in recovery mode

Sunil Kumar, Assistant Professor, Department of Business Economics, University of Delhi, said that after facing two Covid waves, the Indian economy is in recovery mode. “The Indian economy is recovering, although the pace of recovery may be slow. Sunil Kumar said that inclusive growth can be realized only when everyone is given equal opportunity to participate in the growth of the economy. However, it is missing in the traditional style of GDP calculation. Furthermore, inclusive growth follows the principle of sustainable development, while GDP fails to incorporate environmental sustainability. He said that “inclusive development emphasizes human development and bridges the gap between different strata of population. GDP indicates the amount of development, while inclusive growth looks at the quality of life.

Read also: PM-kisan Scheme: Now the role of brokers is over, 100% amount is reaching directly in the bank account of the beneficiaries.

Bollywood actress Sonam Kapoor recently shared a throwback photo of her. This photo is 20…