The new crop Kumkum Bhindi is wonderful, the farmers will not only earn bumper, the health of the eaters will also improve. 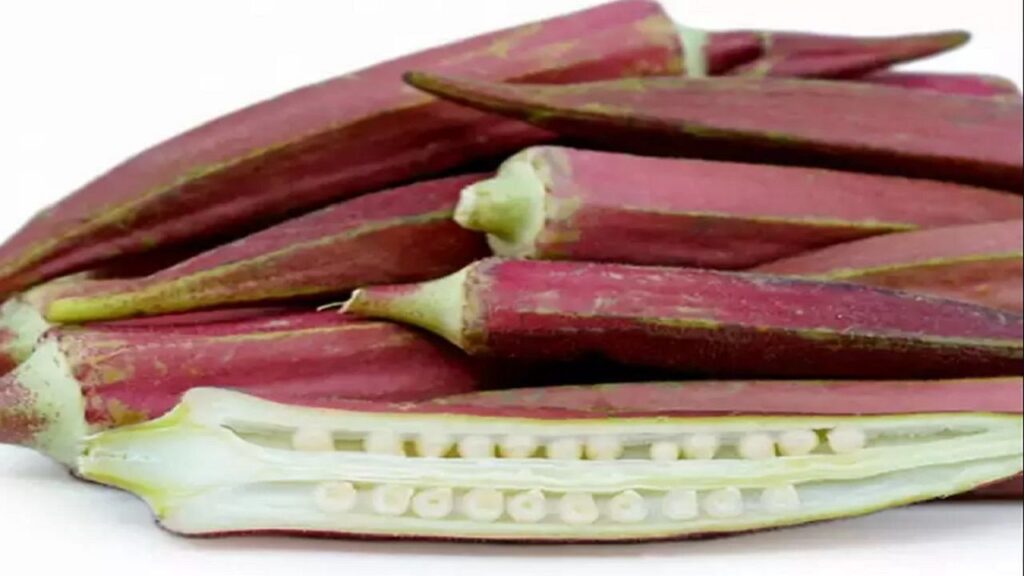 Kumkum Bhindi can increase the income of farmers.

When bhindi turns ‘red’ then it becomes beneficial and nutritious too. The new red variety of lady’s finger, which is known as ‘Kumkum Bhindi’, is a wonderful crop grown in Uttar Pradesh which can double the income of the farmers as well.

According to agricultural experts, ‘Kumkum Bhindi’ contains 94 percent polyunsaturated fat which reduces bad cholesterol. Along with this, 66 percent sodium content in it is helpful in controlling high blood pressure, while 21 percent of its iron reduces the chances of anemia and 5 percent protein keeps the body’s metabolic system right.

Umesh Saini, residents of Anwarpur in Hapur and Murli Lal of Rampurbeh in Sitapur are happy with the cultivation of ladyfinger. Saini said, “Everyone in the village is now thinking of increasing the area under its cultivation in this season.” According to Bijendra Singh, Vice Chancellor of Acharya Narendra Dev University of Agriculture and Technology, Kumarganj, Ayodhya, this red variety of okra contains anthocyanins and phenolics which enhance its nutritional value. The crude fiber present in it controls sugar. It also contains a large amount of vitamin B complex.

Sowing from February to April

The ideal time for sowing of Kumkum Bhindi is from February to the second week of April. It can be sown anywhere around November, growth will be less in December-January, but fruits will start coming from February, which will be available till November. The prices of early crops are also good. The price of green ladyfinger in the wholesale market ranges between Rs 12 to Rs 15 per kg, while red ladyfinger is selling at Rs 45 to Rs 80 per kg as people are seeing it as a superfood.

Also read: Haryana government will give 50 percent subsidy to farmers on the cost of horticulture crops, know everything about it

Also read: Meghalaya showing the way of farming of the future amid climate change