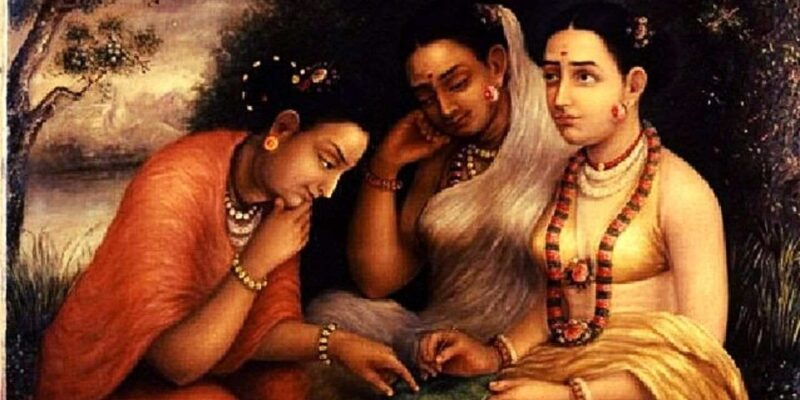 Shakuntala writing a love letter to King Dushyanta with her friends, painting by Raja Ravi Varma, 1880

There is hardly any person who has come, gone and present on earth, who has never written a love letter in life. Not everyone’s love letters are sent and all the letters sent do not even reach the destination, but those letters are definitely written. Love is as primitive a feeling as the history of man himself. Ever since there is life on earth, there has been love and expression of love. When humans have invented language, invented words for actions and feelings, created a script for those words and invented language by recording that script on a stone, wall, paper or wood, then it can be written. Must have been love letters.

Who would have sent the world’s first love letter

Write a letter in the name of Sanwariya Babu

In Hindi cinema, the hero fearfully writes a love letter to the heroine and says, ‘By reading this my love letter, that you should not be angry.’ (film Sangam – 1964). If the heroine does not know how to write, then she is getting someone else to write a letter to her lover by saying, ‘Khat likh de saawariya ke naam babu.’ (The film Aaye Din Bahar Ke – 1966). Till the 80s, almost every film also had a postman’s role. In every film some letter would come, some letter would be sent. The arrival and departure of the letter had a turning point in the film’s story. After reading the letter without name in Sangam, Raj Kapoor realized that Vyjayanthi Mala had written this love letter for him only, whereas it was for Rajendra Kumar. The story of the entire film was based on the mistake of a love letter. One misunderstanding changes the course of the whole story. 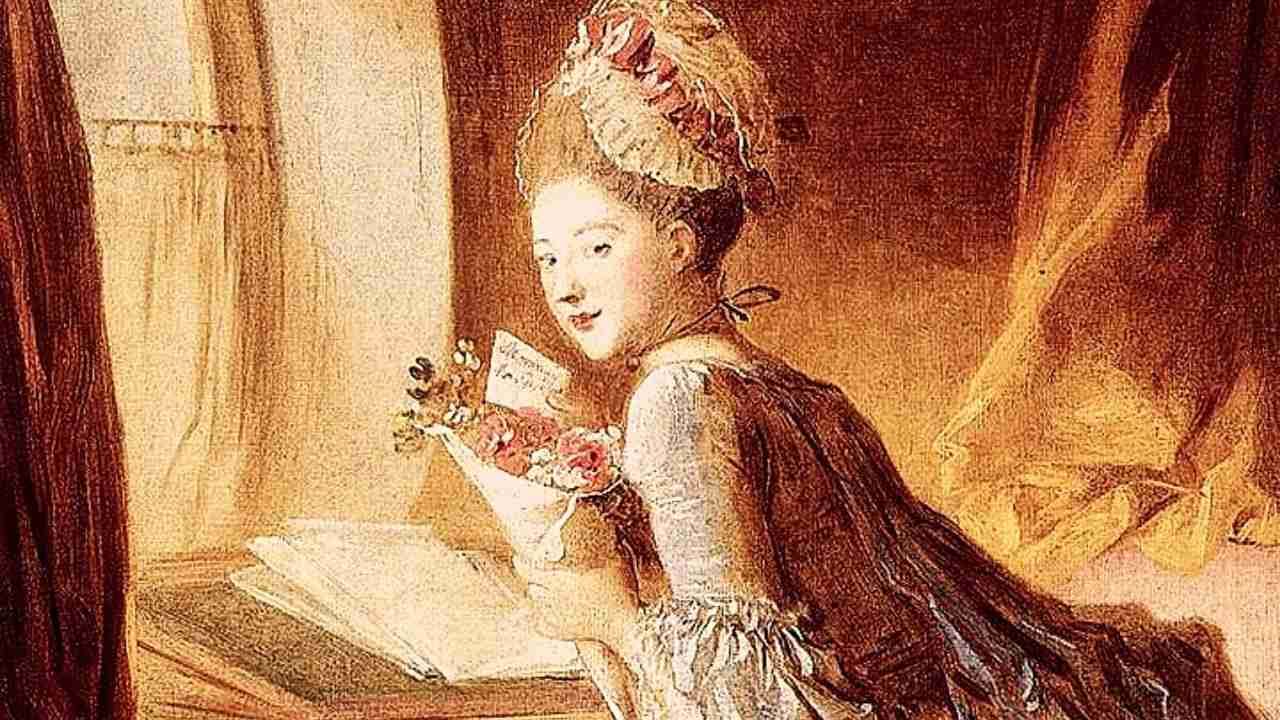 The ‘Love Letter’ by the French artist Jean-Honore Fragonard, circa 1770

There are no love letters in today’s movies. Now is the time for instant calls and messages. That’s why today’s generation does not know the thrill that used to be in writing and sending letters. And that wait. Every day waiting for the postman to come, every day waiting for that one letter and the happiness that was in his arrival. In those days, as long as the love letter used to reach its destination, today there is a breakup on WhatsApp.

As research is done on everything in the world, historians leave no stone unturned in researching love letters too. An attempt has been made to know where in the world the written proof of the first love letter is found.

You will be very surprised to know that the written proof of the world’s first love letter is found in Indian mythology. About 50000 years ago, Rukmani wrote a letter to Krishna and sent it to his friend Sunada. The mention of this story comes in the 52nd of the Bhagvat Purana. Bhagavata Purana is a Sanskrit epic written in devotion to Krishna. Historians tell its creation period between 800 and 1000 AD. After Indian mythology, the second written evidence of love letters is found in ancient Egypt. Queen Ankhesenamun, the widow of ancient Egypt, wrote a letter to the King of Higit, requesting that he send one of her sons to Egypt and marry him to Ankhesenamun.

After that, in the nineteenth and twentieth centuries, the literature of the whole world is full of mentions and descriptions of love letters. A study done several decades ago in America says that probably the most love letters were written and sent in the world during the two world wars. When humans did not have many resources to keep in touch, telephones were not so common, the world was burning in the fires of world war, life was surrounded by fear, uncertainties and apprehensions, man probably felt the need of this the most. It happened that he should express his love. Speak your mind.
Don’t know if there is tomorrow.