The matter of giving ‘minority’ status to Hindus in 9 states, the Supreme Court got angry with the Center, imposed fine 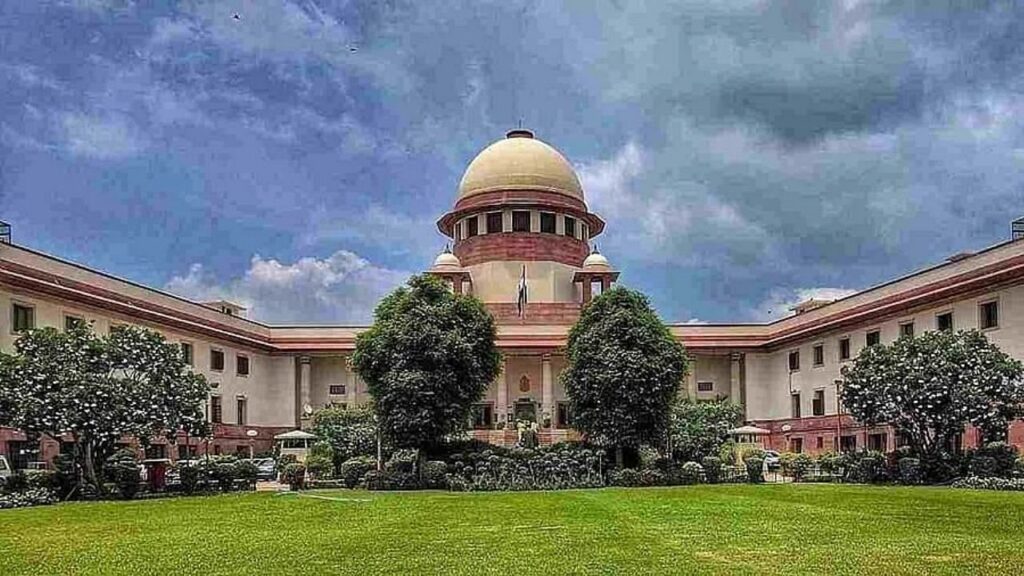 Grant of Minority Status: The Supreme Court has imposed a fine on the Central Government for not clarifying its stand. The matter is related to a petition seeking minority status for Hindus in 9 states.

Supreme Court (Supreme CourtDemand to give minority status to Hindus in 9 statesMinority Status for Hindus) is hearing the petition. In this case, the Central Government (Central Government) has expressed displeasure over not clearing his stand. Along with this, a fine of Rs 7500 has been imposed on him. At the same time, the central government has sought two more weeks to file a reply on the petition. A total of 9 states have been named in the petition, including Meghalaya and Arunachal Pradesh.

The name of the petitioner is Ashwini Upadhyay. He has challenged the constitutional validity of the Minorities Commission Act of 1992 and the Minority Educational Institutions Act of 2004. They say that Article 14 of the Constitution gives equal rights to all and Article 15 prohibits discrimination. He has demanded from the court through the petition that if the law is upheld, then in the nine states where Hindus are a minority, that is, where their population is less, they should be given minority status at the state level, so that that too To take advantage of the benefits of minorities.

Which states are mentioned in the petition?

In this petition filed in the Supreme Court, it has been said that under Section 2 (c) of the Minority Act, the Central Government has declared Muslims, Christians, Sikhs, Buddhists and Jains as minorities. But the Jewish Bahá’í was not declared. It has been said that there are 9 states of the country where Hindus are a minority, but they are not getting the benefit of it (being a minority). Referring to the states, it said, there are Hindu minorities in Ladakh, Mizoram, Lakshadweep, Kashmir, Nagaland, Meghalaya, Arunachal Pradesh, Punjab and Manipur.

The petitioner has said in the petition that in all these states, Hindus are not getting the benefit of being a minority even though they are a minority. They should get the benefit of this but the majority of those states are getting the benefit of their share. It states that Christians are the majority in Mizoram, Meghalaya and Nagaland and Arunachal Pradesh, Goa, Kerala, Manipur, Tamil Nadu and West Bengal have substantial Christian populations, but are treated as minority communities. Similarly, Sikhs are a majority in Punjab and Delhi, Chandigarh and Haryana have a large Sikh population, but they are considered a minority.

Also read- PM Modi took part in Jan Choupal program, will address voters in a while