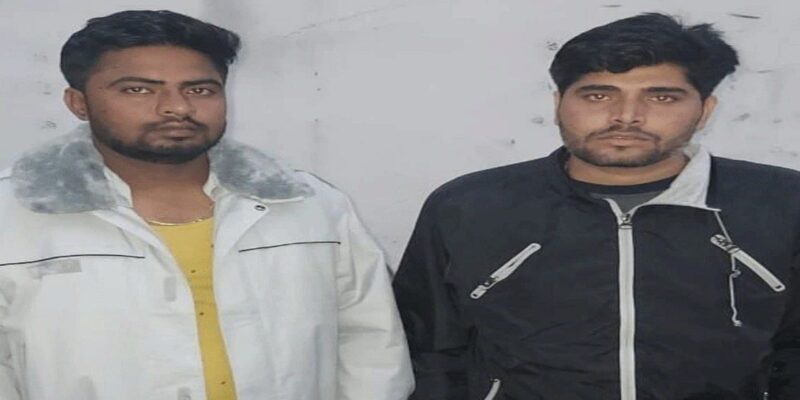 Mastermind Battilal Meena has been arrested in the REET exam paper leak case.

Mastermind Battilal Meena has been arrested in the REET paper leak case. SOG has arrested him from Kedarnath in Uttarakhand. The REET paper leak was exposed on 26 September. Since then he was absconding. He was hiding in Rajasthan, UP and Madhya Pradesh. But now he has been arrested from Kedarnath. Battilal Meena is accused of playing with the future of 23 lakh REET candidates. Actually he is being told as the mastermind of the paper leak case.

SOG (Rajasthan SOG) was looking for Battilal Meena for several days. Raids were being conducted everywhere in search of him. His last mobile location was found in Uttarakhand. After which the SOG caught him. Battilal Meena’s brother Rajesh was arrested from Madhya Pradesh. According to the preliminary investigation, the deal of REET paper was done by Battilal Meena for eight and a half lakh rupees. Battilal Meena is also famous by the name of Vikas.

As soon as SOG Inspector Mohan Poswal came to know about his presence in Uttarakhand, he reached there with the entire team. Along with Vikas, the police have also arrested one more person. So far 15 people have been arrested in the REET paper leak case. It is being told that Battilal Meena got the paper a day before the REET exam in Jaipur. According to SOG, even before the net was closed in the state, he took out the paper and sent it to one of his acquaintances on WhatsApp, Ashish.

The paper was out a day before the exam

At the time of paper out, Battilal’s last location was Jaipur. It is clear from this that the paper was leaked from Jaipur itself. According to the news, Ashish had given paper to his sister Usha and Manisha for copying. A candidate named Dilkhush also got the out paper. SOG investigation has revealed that after internet shutdown, Ashish had called constable Devendra near Karauli gate in Gangapur City. After which the policeman took the photo of the paper from his mobile. 33 photos of paper were found from his mobile.

Also read- Ongoing training of village development works and completion of Nirmal Gram Yatra, these 3 works of Piplantri village were most appreciated

Madhya Pradesh will again become number 1 in soybean production, expected to produce 119 lakh tonnes in the country with an increase of 14 percent