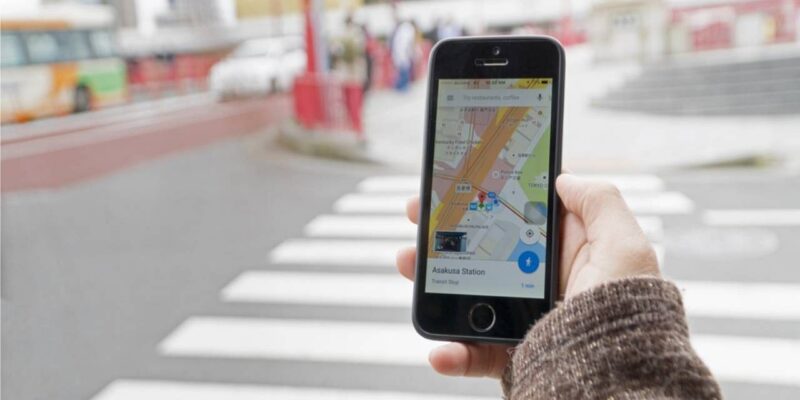 A user has found a girl on Google Maps, who suddenly disappeared somewhere about two years ago.

If someone you know is missing somewhere, then you must know very well how difficult it is to find him. Where many people find their acquaintance in some way. At the same time, many people are not very lucky in this matter. But recently a user has found a girl on Google Map, who suddenly disappeared somewhere about two years ago.

According to a report, this incident is from England. Where users saw a missing girl on Google Map. Which went missing on February 15, 2019, while going to work. Actually users saw a picture in which 19-year-old Leah Croucher appeared. On a Google Map image taken in March 2019, the police have confirmed that they are investigating the image they found.

Actually this photo was taken in a field, which is 18 miles from Milton Keynes in Buckinghamshire and used to be taken at this place. A user said, ‘We saw the police digging the ground. Then people were told that it was part of the search for Leah Croucher. Upon learning of this in 2019, a member of the Leah Croucher Disappearance Community Investigation Facebook page went to Google Maps and began investigating the matter.

The user himself told about this incident, ‘I first zoomed in carefully to the picture, then zoomed in and then I could not believe it. In this photo I was looking at someone outside, the figure of the woman looks like Leah. Police said that we can confirm that it has received some pictures last week, which are being investigated. Let us tell you that last month a woman had claimed to have seen the missing teenager.

Also read: The cleverness of the pet dog will be surprised, took revenge on the couple who left for a holiday

Also read: The woman was sleeping peacefully on the bed, the meteorite fell from the sky by tearing the roof

IMF retained the growth rate forecast for the Indian economy, expressed concern only on the inflation front

Release Date: Announcement of release date of Salman Khan and Aayush Sharma starrer ‘Antim’, know when it will knock in theaters