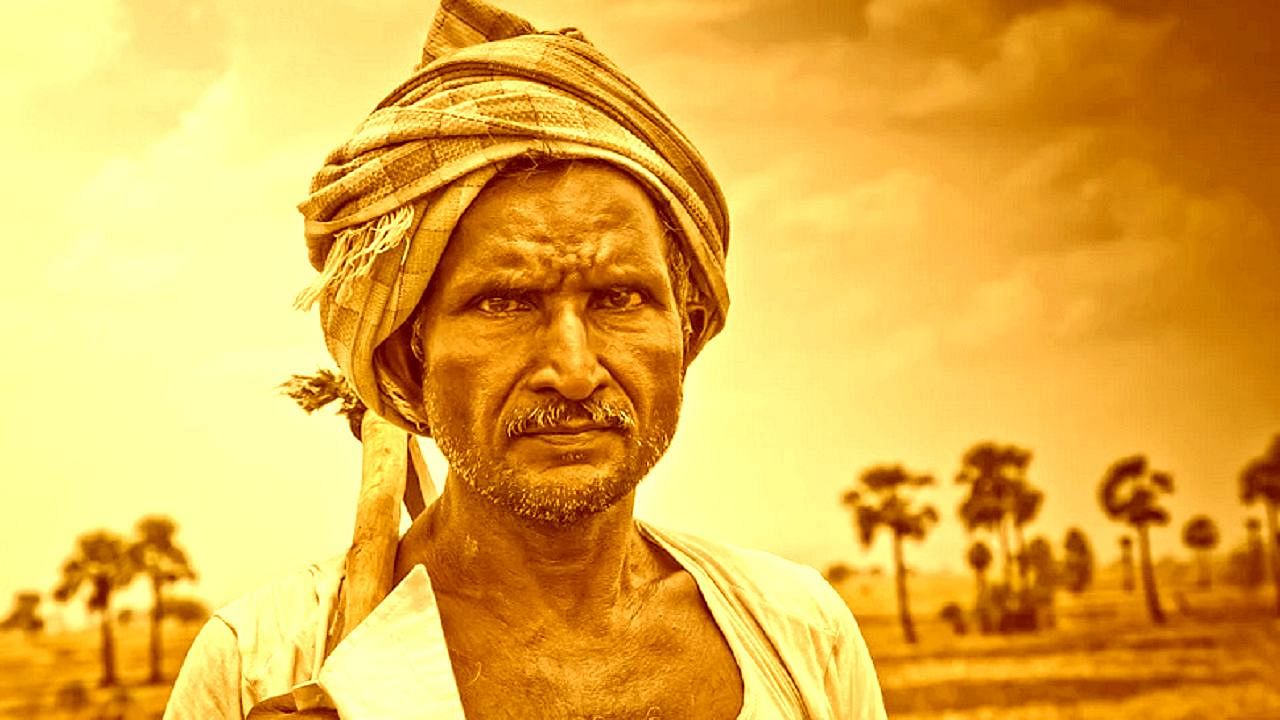 According to the National Sample Survey report (NSS Report: National Sample Survey), Indian farmers are earning more wages than farming. The share of the income earned from selling the crop is only 37 percent of what the farmer is earning every month. Whereas earlier when this report came in the year 2013, then the share of income from agriculture in the income of farmers was high.

The share of wages in the total earnings is 40 percent

The National Sample Survey’s Situation Assessment of Agricultural Households and Land and Livestock Holdings of Households in Rural India 2019 report is shocking. According to the report of this survey conducted between July 2018 to June 2019 and January 1, 2019 to December 31, 2019, the income of farmers per month was Rs 10,218, out of which he earns Rs 4,023 as wages. In this, the contribution of income from crops is only Rs 3,798. This means that wages contribute 40 percent to the total income of the farmer, while the contribution of crops earnings is only 37 (3,798) percent. 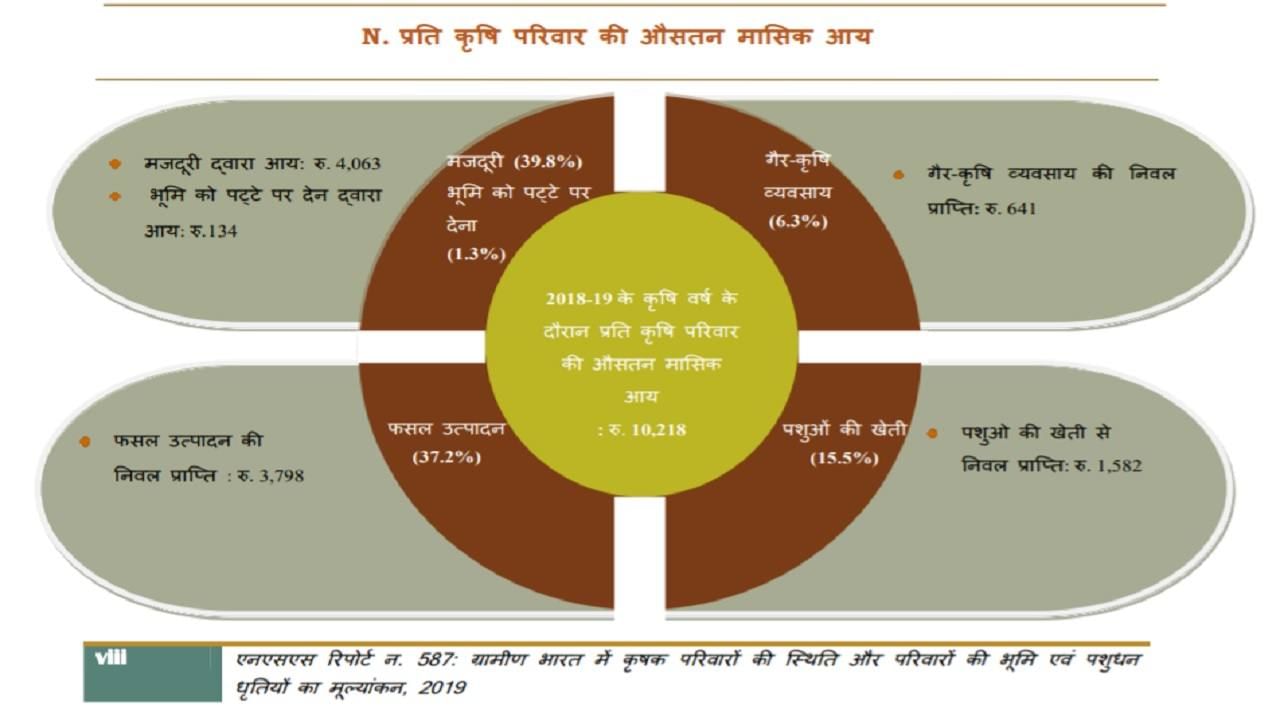 If we talk about it before the Modi government, in the year 2013, a similar report of the National Sample Survey had said that the farmer collects 50 percent of his total income from crops. Then the share of wages was around 32 per cent. The report for the period from July 2012 to June 2013 says that then the income of farmers was Rs 6,223 per month. The share of wages in that used to be Rs 2071. 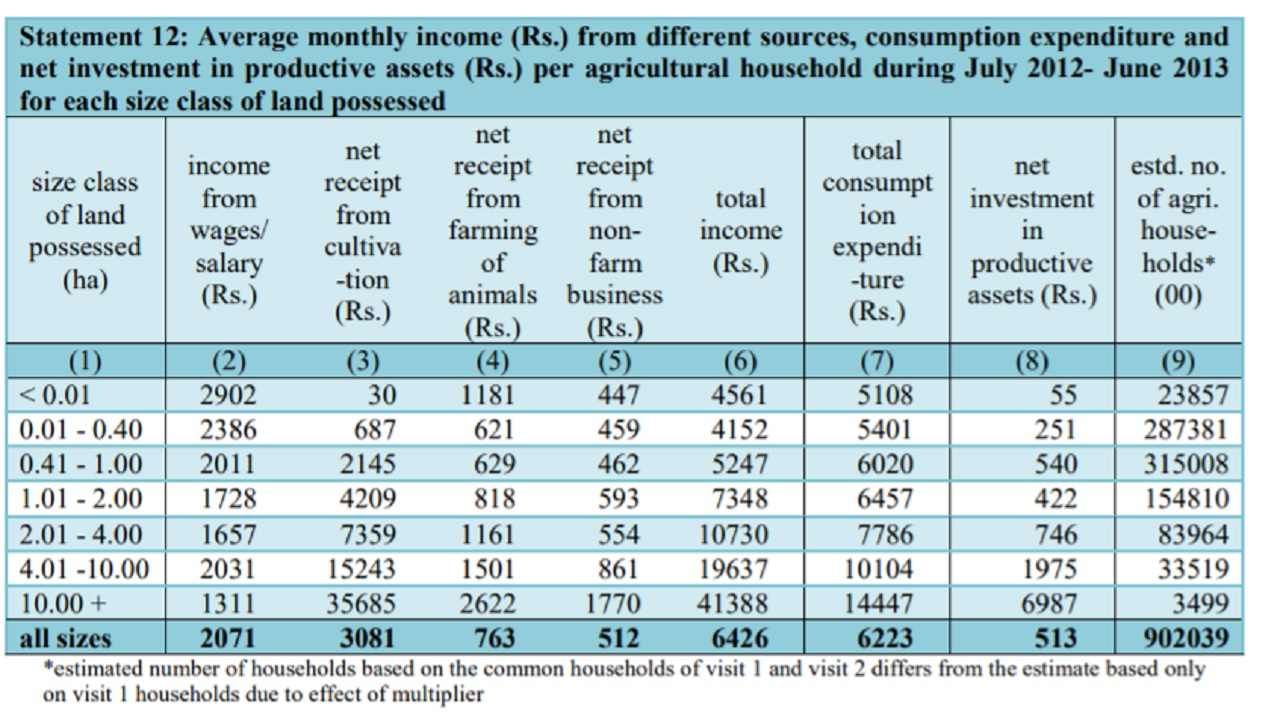 In 2012-13, how much and how the farmer earned every month, you can understand with the help of this chart.

This means that in these seven years the dependence on farmers’ wages has increased. The amazing thing is that during this period, the central governments made many efforts to increase the income of the farmers, despite this, the income from crops is declining.

MSP increased but not earning

For example, if we talk about MSP only, then the report of the Commission for Agricultural Costs and Prices (CACP) on the basis of whose recommendations the Minimum Support Price (MSP) is fixed, states that in 2012-2013, the MSP of paddy is 1250. Rupees per quintal, which is now Rs 1940 per quintal, means MSP has increased by more than 64 per cent in these seven years. Details of farmers’ income in the year 2019. (earnings per month and its sources)

3% increase in income from animal husbandry

what the experts say

Devinder Sharma, the country’s eminent food and export policy expert, says about this report that I have been saying this not from today, but for many years, governments want farmers to go to cities and do labor, the fields should be handed over to someone. . Big and rich people will do farming, farmers will go to cities and work as laborers. This report shows that all the claims of the government have been proved false, the policies have failed. The government is forcing the farmers to work, it wants the farmers to leave farming.

Vikrant Singh, founder and president of the Finance and Economics Think Council, Banaras Hindu University (BHU), tells NewsNCR Hindi that after seeing this report, it seems that the farmer is now becoming a laborer. Meaning agriculture is now in crisis. The income of farmers is decreasing. The government wants to make farmers laborers, nothing else. Farmers will be sent to the city and their wages will be made. The government, which has promised to double farmers’ income, should read this report and brainstorm on it.

Also read: Farmers in distress! Now the price of chillies by Re 1 per kg…

Did domestic car companies like Tata and Mahindra really break the back of Ford and GM?

The woman bought the bag after spending a huge amount, so small in size that it is difficult to keep the cash