CBSE board exam can be held from February 15! Know what is the latest update regarding the datesheet

The effect of the government’s efforts is visible, the price of edible oil continues to fall before the festivals 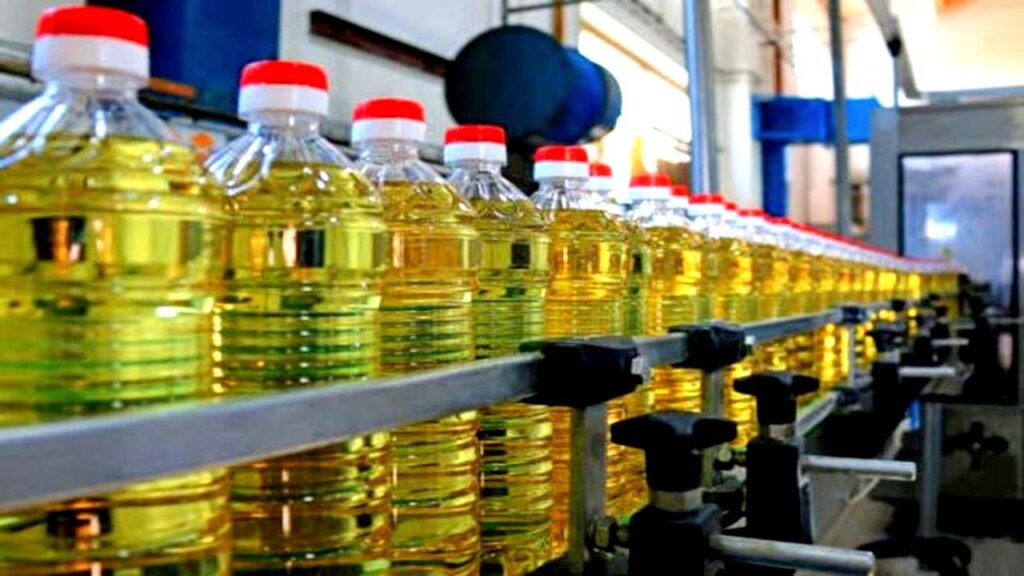 In order to curb the ever-increasing prices of edible oils, the prices of almost oil-oilseeds including mustard, groundnut, soybean and CPO in the Delhi oil-oilseed market closed with a declining trend due to reduction in import duty by the government last week.

In two separate notifications, the Central Board of Indirect Taxes and Customs (CBIC) said that the reduction in import duty and cess with effect from October 14 will be applicable till March 31, 2022, market sources said. Agricultural Infrastructure Development Cess (AIDC) on crude palm oil, crude soybean oil and crude sunflower oil has also been reduced. Crude palm oil will now attract an agricultural infrastructure development cess of 7.5 percent, while for crude soybean oil and crude sunflower oil, it will be 5 percent. Earlier the cess was 20 per cent while the basic customs duty was 2.5 per cent.

Price softened by the decision of the government

After this deduction, the effective customs duty on crude palm oil will be 8.25 percent. The effective customs duty on crude soybean oil and crude sunflower oil will be 5.5- 5.5 per cent respectively. Earlier, the effective duty rate on these three crude oils was 24.75 per cent. In addition, the basic customs duty on refined varieties of sunflower, soybean, palmolein and palm oil has been reduced to 17.5 per cent from the existing 32.5 per cent. The refined versions of these oils do not attract AIDC. Sources said that after this decision of the government, the prices of almost all oilseeds in the country have softened in the reporting weekend as compared to their previous weekend.

He said that with the government issuing instructions to oil mills and traders in mustard producing states like Madhya Pradesh and Rajasthan to disclose their mustard stock on Wave Portal, whatever was left with them was removed. He said that although there is pressure on mustard due to the breakdown of the market, but there is a demand-supply gap in it. This is the reason that despite the general declining trend, it does not have any special effect on mustard because there is no other alternative to this oil. By the way, the government has not reduced the import duty of canola.

As much as the price should have decreased, it did not decrease as much

Sources said that there may be a delay of about a month in the arrival of the next crop of mustard as sowing has been delayed. But the production is likely to double. He said that keeping in mind the current situation, about 5-10 lakh tonnes of mustard should be kept in permanent stock. Due to demand from some big brands of Mumbai, the price of mustard has been increased from Rs 8,700 to Rs 8,900 a quintal in Saloni.

Sources said that the prices of soybean oil and oilseeds have also broken due to the breakdown of the market. On the other hand, the demand for soybean oil-free oil (DOC) is weak, due to which the soybean oil-oilseeds prices remained under pressure during the weekend under review. Sources said that the price of CPO and Palmolein oil also declined in the week under review due to reduction in import duty, but the quantum of reduction in duty is not in proportion to the fall in the prices of these oils as the reduction in duty has been done. After that their prices were increased abroad.

He said that regarding mustard, Executive Director of Solvent Extractors Association, BV Mehta also said that this was probably not the right time to cut duty as it is the time for farmers to bring groundnut and soybean crop to the market and farmers will be affected due to fall in prices. income may suffer.

Also read- Huge increase in global prices of fertilizers, agriculture being affected due to lack of stock, farmers upset

Don’t tell us what to do on democracy: India at UN

Samajwadi MLA Irfan Solanki Surrenders After Being On The Run

Shah Rukh Khan made a funny disclosure about ‘Dankey’, this will be its name in English

Hansika Motwani got her husband’s name mehndi done in her hands, a grand function took place in Jaipur

CBSE board exam can be held from February 15! Know what is the latest update regarding the datesheet

After the release of the datesheet by CBSE, students can download it by visiting…

The whole team scored only 32, the biggest score was 6 runs, know who was in such a bad condition

dark mode New Zealand scored 164 runs in this innings and won by 132 runs.…