The cultivation of aloe vera changed the fate of the people of this small village. 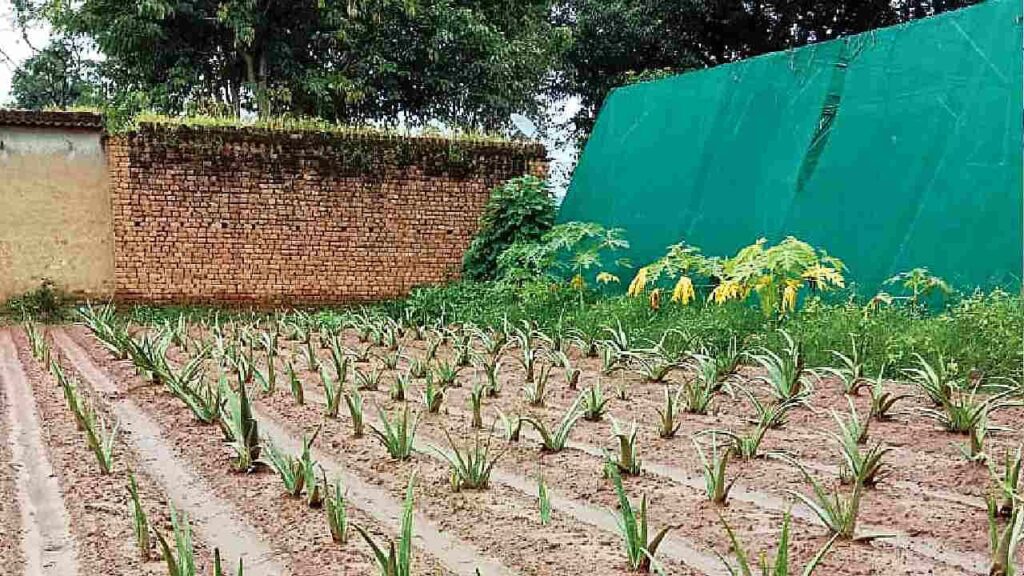 Birsa Orawan told that he started Aloe Vera cultivation about three years ago. After it gave good returns, I planted more saplings on the additional land, and now earn three times more.

There is a change in the lives of the villagers of Deori village, which is called Aloe Vera Village of Jharkhand. His earnings have increased. Now the people of the village are paying special attention to the cultivation of aloe vera. Till yesterday, the farmers who used to cultivate only paddy and vegetables in the village, those farmers have also started paying attention towards the cultivation of Aloe Vera. It is like a cash crop for them, from which they are earning daily. PAM Modi has also mentioned this village in Mann Ki Baat program. He has also praised this village.

The change happened after Birsa Agricultural University (BAU) selected Deori for aloe vera cultivation in the village under the Tribal Sub Plan funded by the Indian Council of Agricultural Research (ICAR).

Experts wanted to find out if they could help double the income of some farmers through medicinal plants. This was somewhat unusual for the state, as most of the farmers practiced single traditional farming in their fields.

Bhagmani Tirkey of Deori village, her husband Birsa Oraon and other villagers of the village were making their living by cultivating traditional crops in their fields. Then after 2018 his income increased and his life changed. The agro-climatic conditions of the area were quite suitable for aloe vera, and soon the plant started giving good benefits to the selected villagers. Encouraged, other villagers decided to take up aloe vera cultivation.

Now Deori has become famous as ‘Aloe Vera Village’. Here, plants grow almost everywhere. From the vacant land near the house to the fields and pots, people cultivate it wherever they find space. Even the farmers are now leaving the cultivation of other crops and planting aloe vera in their fields. According to The Indian Express, Birsa Oraon of the village told that he started the cultivation of aloe vera about three years ago. After it gave good returns, I planted more saplings on the additional land, and now earn three times more. He said that the initial investment is also very less as compared to other crops as once planted it can get regular yield for next four years.

Birsa Oraon says that fertilizers and pesticides are not required for farming except for cow dung. Oraon’s wife Bhagmani Tirkey says that unlike other traditional crops like cauliflower, tomato and peas, aloe vera does not require additional labour. Bhagmani Tirkey said that the problem of irrigation comes in the village in summer. If we are given proper irrigation facility in the area, we can earn even more money as the demand for aloe vera increases during summers. The demand for aloe vera is so high in the market that farmers are not able to fulfill it. Aloe vera remained unaffected due to its use in making sanitizers, hand washes and immunity boosters when the demand for all products saw a drop during the peak of Covid.

Village headman Manju Kachhap recalls how Dr. Kaushal Kumar of BAU had approached him expressing his desire to implement the project in the village under the tribal sub-plan of ICAR. She easily allowed this because she wanted the villagers to earn more. Dr Kaushal Kumar, head of the Department of Forest Products and Utilities in the Faculty of Forestry at Birsa Agricultural University in Ranchi, says he chose Deori for the project as the tribal-dominated village was ready to adopt new technologies.

Read also: Earn big money from the cultivation of Ashwagandha, this time is most suitable for sowing, know all the important things related to it