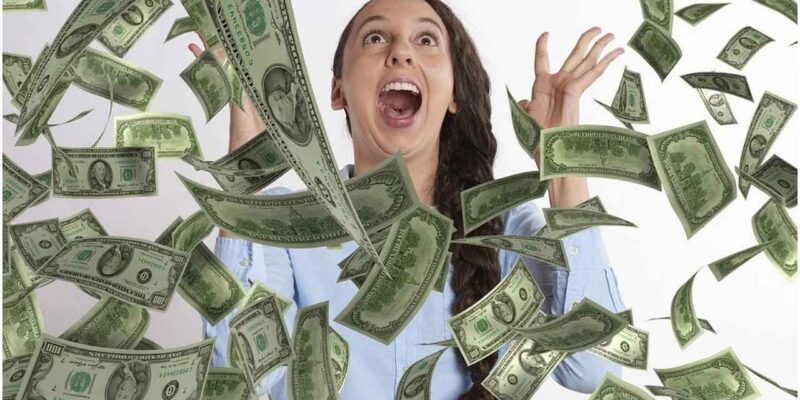 Nothing can be said when luck will take its turn. There are many people about whom it is said that their fate is written with a pen of gold. This is because there may or may not be something else in their luck, but money is a lot. A similar case has come to the fore, from Maryland, USA. Here a person’s son did a little carelessness but the person got the benefit and got a jackpot of Rs 7 crore.

This lottery has been won by 51-year-old Prince George. Prince George while talking to the media said that one day he went to pick up his son to school, but only then he came to know that the son had stuck his jacket in the car door and it became dirty due to being dragged on the ground . After which he reached the dry cleaner’s shop to get it cleaned.

When George was getting the jacket cleaned, he saw the TV nearby and learned that he had bought a lottery ticket costing $2. For about a week, that ticket remained at home like this. On remembering this so suddenly, he checked the ticket number on his phone, then it was found that he has got a lottery of one million dollars i.e. about seven and a half crore rupees.

After winning this lottery, George said, ‘I was shocked as soon as I got this news and then I had to sit down. Now with the money won in the lottery, I will pay the college fees, bills for the children. Along with this, I will help the family members and go on vacation.

Also read: The dog bravely faced the giant snake, you will be surprised to know the result; Watch Video