The big name of panic was Jaipal Bhullar, learn how to become the most wanted gangster of Punjab from a player 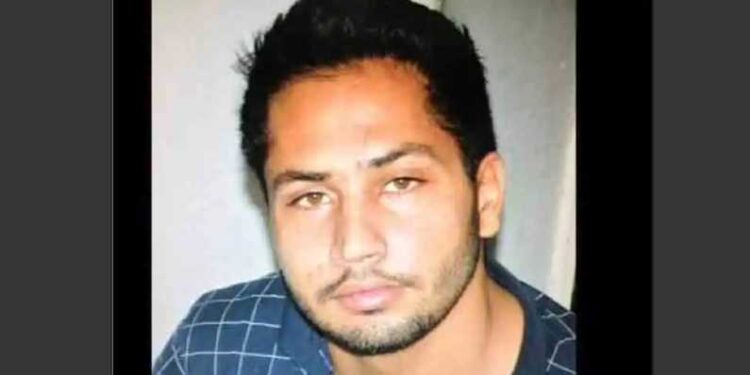 Failing to make his place in the world of sports, Jaipal Bhullar instantly joined the most wanted drug smugglers and gangsters of Punjab.

The big name of panic was Jaipal Bhullar.

Jaipal Bhullar, son of a constable, was on the run after shooting dead two assistant sub-inspectors of Punjab Police in Jagraon on May 15. Jaipal Bhullar, who failed to make his place in the world of sports, one of the most wanted drug smuggler and gangster of Punjab, who was killed in an encounter in Kolkata on Wednesday. The question arises that how did Bhullar come to this crime world.

Bhullar, who belonged to Ferozepur, had an old relationship with Ludhiana. A national level hammer thrower, his sporting career gained momentum in 2003, when he joined Speed ​​Fund Academy, a government-run training center in Ludhiana. After this, he made his first step in the world of crime by kidnapping the seven-year-old son of a cinema hall owner in July 2004.

After this Bhullar’s sports career came to a complete end and his crime graph took off as he came into contact with other gangsters in jail. Rajeev was the first accomplice of Raja Bhullar, who was arrested in 2006 for the murder of three members of a jeweler’s family in Ludhiana. Later, out on bail, Bhullar met Shera, with whom he decided to form a gang. In January 2009, the duo helped Raja escape from police custody at the Barnala bus stand.

Gangster was also formed with Rocky

Together this gang committed several robberies including a gun house in Hoshiarpur. After this he committed many crimes in Mohali and Panchkula. Bhullar arrested in Chandigarh came in contact with Fazilka’s gangster Rocky and formed a new gang. The gangsters were acquitted in July 2010 due to non-availability of witnesses and a rift soon broke out between the two. Before being killed by Bhullar in Parwanoo in Himachal Pradesh’s Solan district in 2015, Rocky decided to enter politics and allegedly helped the police hunt down several gangsters.

Bhullar had robbed 30 kg of gold

Bhullar had also masterminded the cash van robbery of Rs 1.33 crore in Banur in 2017, besides carrying out the robbery of 30 kg of gold at a Ludhiana firm in February 2020.

On Wednesday, the Punjab Police killed two big gangsters Jaipal Bhullar and Jaspreet Jassi in an encounter in Kolkata. It is being told that Punjab Police and Kolkata’s local STF were involved in the encounter. The name of gangster Jaipal Bhullar had surfaced in the murder of two ASIs of CIA (Crime Investigation Agency) staff in Jagraon, Ludhiana recently.

Also read: Good News For CoWIN Portal Users! You can be blocked after more than one thousand searches and 50 OTPs in 24 hours

Also read: Shocking: Woman was missing for 10 years, was found living in a small room with her lover 500 meters away from the house