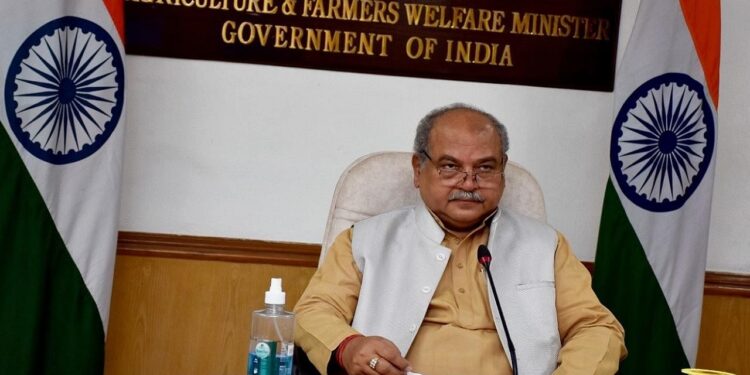 The government is running a campaign to bring all farmers under KCC from February 2020. Particular attention is being paid to the beneficiaries of PM Kisan.

He said that farmers have been provided Kisan Credit Card (KCC) even during the pandemic. He said that the government is running a campaign to bring all farmers under KCC from February 2020. Particular attention is being paid to the beneficiaries of PM Kisan. He said that a target of Rs 16 lakh crore loan has been fixed for the current financial year. 14 lakh crore loan has already been given to farmers through KCC.

So far, a loss of about 30 thousand crores

The backbone of the industry has been broken due to the farmers’ movement that started nine and a half months ago against the agricultural laws. The industrialists have so far suffered a loss of about 30 thousand crores. They are suffering the most due to the closure of the border. Now, taking cognizance of the Supreme Court’s case, order to open the way has raised hopes for industrialists and passers-by.

Due to the closure of the border due to the farmers movement, there has been a lot of damage due to non-movement of goods in the industrial areas. For two and a half months in the beginning, due to the complete closure of the road, the work in the industries had stopped. Although the number decreased after that and work started in Rye and other industrial areas, but the situation could not be normalized in Kundli industrial area. According to estimates, a loss of about 30 thousand crores has been done so far in Sonipat, while other districts of the state have also been affected due to the sealing of the border. There was a loss of crores. Being the center of the peasant movement, Kundli had the most impact there. Traders say that industrialists and traders reached the verge of ruin due to the agitation.

Also read- Afghan refugees worried about their future, getting a job in India is getting difficult