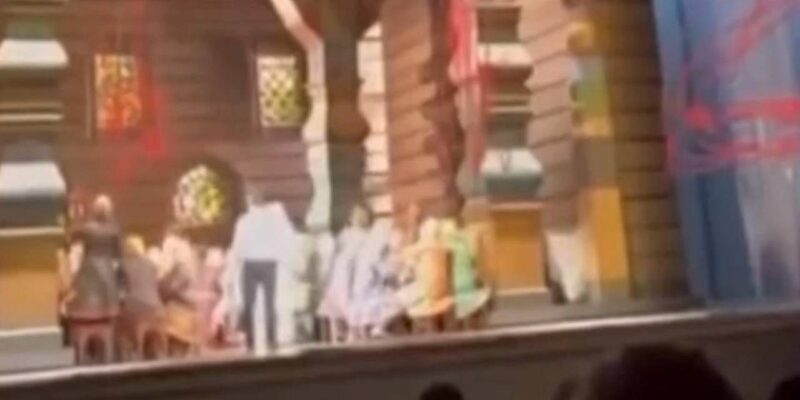 Some clips of this accident that happened on social media on Saturday have now surfaced.

Many times horrific accidents happen in front of us, but after a long time we come to know what has happened after all. Actually we are talking about those events which happen in front of us, but when we come to know the truth behind them, then our senses fly away. A similar incident also happened at the Bolshoi Theater in Moscow, the capital of Russia. An actor died in this accident. The actor died on stage during the performance of the opera ‘Sadko’. But the people sitting there kept considering this death as part of the drama.

According to some reports, 37-year-old actor Yevgeny Kulesh became a victim of a painful accident on stage itself. While changing the scene of the set, Kulesh got buried under a big stuff. Due to which the actor died on the spot. In fact, at the time when this incident happened, the audience felt that it was also a part of the drama after seeing the props falling on the stage and increasing the movement. But soon after, people started shouting and there were reports that the actor lost his stage due to being buried under a heavy prop.

Some clips of this accident that happened on social media on Saturday have now surfaced. In which there is a sudden atmosphere of chaos on the stage. A huge luggage is being unloaded to change the scene of the set. Kulesh gets buried under this. As soon as the fellow actors saw this, they immediately started screaming. Following the incident, the stage curtain was dropped and the audience was informed that the performance had been cancelled. He had died by the time doctors reached the spot.

The clip which is becoming increasingly viral in the internet world. People can be heard shouting in it. Many people are looking very sad after this accident. At the same time, the Investigative Committee of Moscow said in a statement that it is investigating the death of the actor. While the former actors of the Bolshoi Theater raised the issue of ignoring the security measures here. Many people asked why such negligence is not being noticed.

Also read: A person surfing on the waves of the sea was surrounded by sharks, the senses will fly away after watching the scary video

Also read: This 27-year-old girl has got hundreds of tattoos on her body, but faints on seeing the needle!

Vaccination for children is very effective, no evidence has been found so far in any study – Delhi AIIMS Professor Dr Sanjay Rai