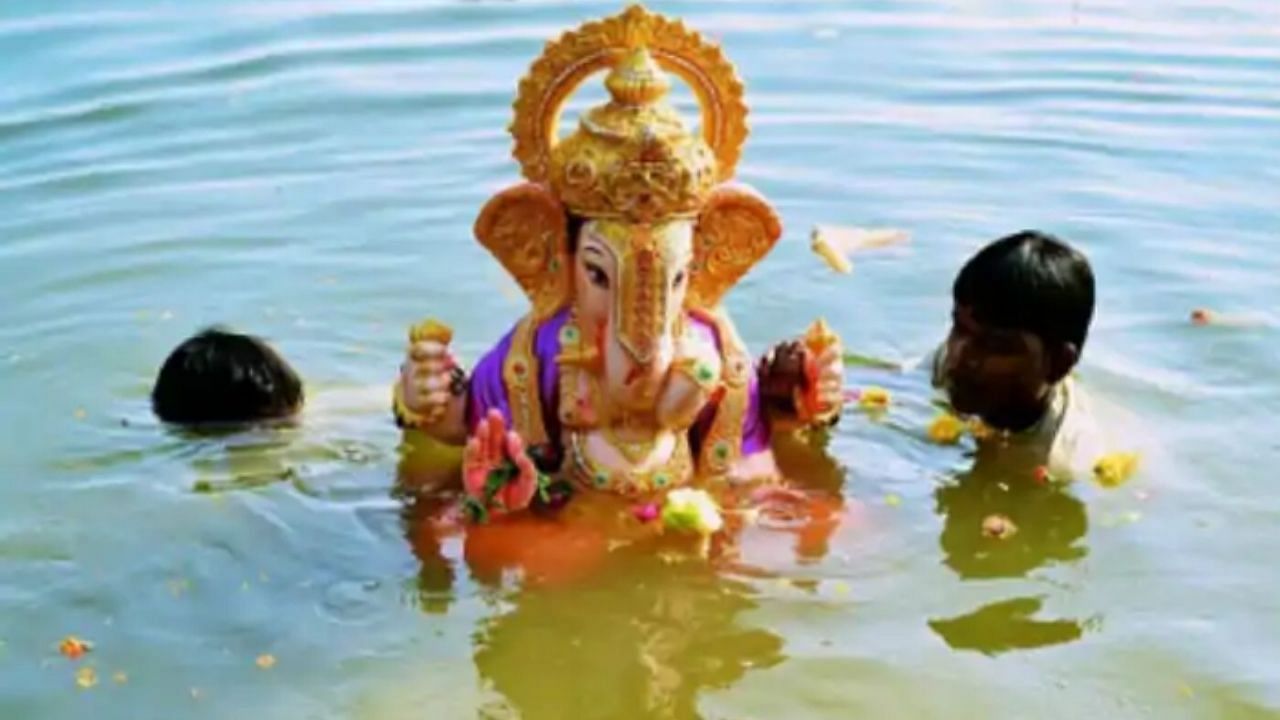 The Telangana government had said that it had filed a review petition against the High Court’s decision to ban the immersion of Ganesh idols made of plaster of Paris (PoP) in Hussainsagar. Which was rejected by the High Court on Monday.

Ban on immersion of PoP idols in Hussain Sagar

The Telangana High Court, during a hearing on Monday, refused to amend its order banning the immersion of Ganesh idols made of plaster of Paris in Hussain Sagar Lake in Hyderabad. The High Court said that according to the Central Pollution Board, the plaster of Paris idols will cause pollution in the water. Because of which Hussainsagar will be polluted, that’s why don’t immerse PoP’s Ganesh idols in it. Acting Chief Justice M.S. Ramachandra Rao and Justice T. Vinod Kumar clarified that they cannot allow water pollution by allowing immersion of POP idols. The High Court in its order dated 9 September had banned the immersion of POP idols in Hussain Sagar.

According to the complainant Advocate Venumadhav in this case, the old tank bund built on Hussainsagar can be damaged due to the large plaster of Paris Ganpati idols. According to the complainant, if the tankbund is damaged, the city will suffer a lot. If this damage is to be stopped, then big idols of Plaster of Paris should not be immersed in Tankbund. Advocate Venumadhav suggested that if clay idols have to be immersed, then one can do the immersion by making an upper dam in Hussainsagar’s Necklace Road, PV Ghat. He also said that people can immerse idols in their respective areas if they want.

Information Commissioners wrote to CJI NV Ramana, appealed to take cognizance of the decisions of the High Court staying the orders of RTI bodies