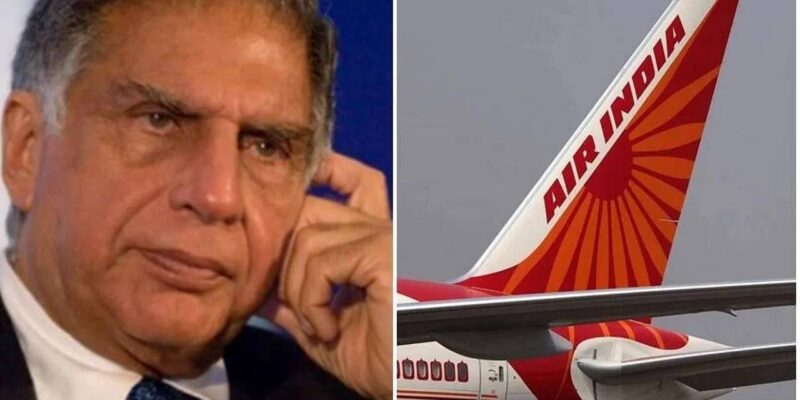 Air India was established in 1932 as Tata Air Services, which was later renamed as Tata Airlines. The airline was started by Indian business stalwart JRD Tata. In April 1932, Tata won a contract to carry mail for Imperial Airways. After this Tata Sons created its aviation department with two single engine aircraft. On 15 October 1932, Tata flew an air mail plane from Karachi to Bombay. The aircraft went to Madras, piloted by former Royal Force pilot Nevill Vintcent, who was also a friend of Tata. Initially, the company operated a weekly air mail service, which ran between Karachi and Madras, and via Ahmedabad and Bombay. In its next year, the airline flew 2,60,000 kms. In this, 155 passengers traveled in the first year and earned 9.72 tonnes of mail and a profit of Rs 60,000.

The airline introduced its first domestic flight from Bombay to Trivandrum with the six-seater Miles Merlin. In the year 1938, its name was changed to Tata Airlines. In 1938, Colombo and Delhi were added to its destinations. During World War II, the airline helped the Royal Air Force with the movement of their troops, carrying supplies, rescuing refugees and maintaining aircraft.

In 1953, the Indian government passed the Air Corporation Act, and bought ownership of the airline from Tata Sons. However, JRD Tata remained as chairman till 1977. The name of the company was changed to Air India International Limited.

In 2000, Air India started services to Shanghai, China. On 23 May 2001, the Ministry of Civil Aviation fixed the charge of corruption on the then Managing Director of the company, Michael Mascarenhas. In the year 2007, Air India and Indian Airlines were merged into Air India Limited.

Government approval for privatization in 2017

After this, in the year 2017, the Union Cabinet approved the privatization of Air India. In the year 2018, an attempt was made to sell Air India, which was unsuccessful. After its failed attempt, the government resumed the disinvestment process in January last year and its 100 per cent stake in the state-owned airline, including Air India’s 100 per cent stake in Air India Express Ltd and Air India SATS Airport Services Pvt Ltd. invited bids to sell 50 per cent equity in

Let us tell you that Air India has a total debt of Rs 38,366.39 crore. This amount comes after the airline transferred Rs 22,064 crore to the Special Purpose Vehicle (SPV) of Air India Assets Holding Limited.

read this also: MobiKwik IPO: MobiKwik’s IPO gets approval from SEBI, the company will raise 1900 crores from the market