Tamil Nadu: Worked according to law during his tenure, Governor Banwarilal Purohit said in farewell message 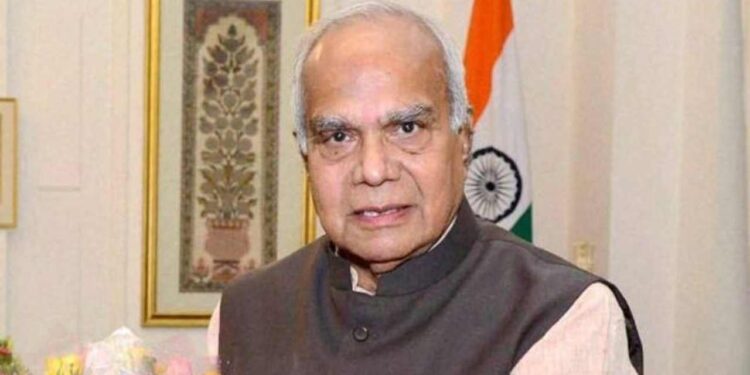 Issuing a farewell message, outgoing Tamil Nadu Governor Banwarilal Purohit on Sunday admitted that there were many issues and differing views during his four-year-long tenure. (File Photo)

Issuing a farewell message, outgoing Tamil Nadu Governor Banwarilal Purohit on Sunday acknowledged that there were many issues and differing views during his four-year-long tenure. He said that yes, there were many issues which tested everyone’s patience and perseverance, but the end result was always positive.

Also said that the state saw a huge electoral battle for the Lok Sabha elections and then the assembly elections. Despite so much political bitterness, I found the state of Tamil Nadu and its people very warm and welcoming. Banwarilal Purohit said that he worked according to the law during his tenure. He said that I am very happy to inform that people of all regions of Tamil Nadu supported my decisions. I will always remember all this.

At the same time, he thanked the people of the state for giving love and belonging. After assuming office in October 2017, Purohit’s visits to the districts and his meetings with officials were strongly opposed by the then main opposition DMK. At the same time, he had to face criticism from the parties in connection with the appointments to the posts of the Vice Chancellors of the state.

The DMK had accused him of violating the rights of the state through acts like visiting the districts and holding meetings with officials and staged protests against him. Purohit defended himself saying that during such occasions he acted according to the law. RN Ravi, a former top IPS officer who served as the Governor of Nagaland, has been named as the new Governor of Tamil Nadu. Banwarilal Purohit will continue as the Governor of Tamil Nadu till RN Ravi takes over.

Banwarilal Purohit, who was also the Governor of Assam, has been a two-time MP from Nagpur Lok Sabha seat. He has won the election once on Congress ticket and once on BJP ticket. After the start of Ram Mandir movement, he left Congress and joined BJP.

Also read- Tamil Nadu Governor Banwari Lal Purohit gets the responsibility of Punjab, will also take over the post of Administrator of Chandigarh