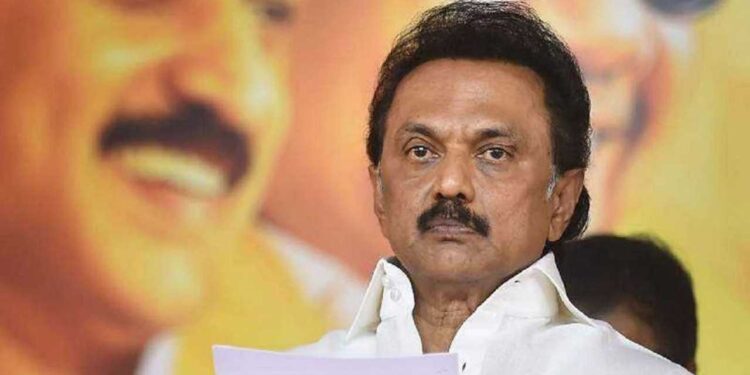 NEET was started in Tamil Nadu in 2017. After this, more than a dozen medical students have committed suicide. Reacting to the death of the student, Stalin said in a statement that the DMK government will pass a bill in the Tamil Nadu Assembly on Monday.

A senior Salem police officer, on the condition of anonymity, said, “No suicide note has been found, but circumstantial evidence points towards suicide out of fear of examination as he has failed twice earlier and has been admitted to medical examination.” Couldn’t find it. Her parents were forcing her to prepare for NEET and not take any other course.

The family also says that he was under pressure. The student was found dead in his room in the early hours of Sunday. Her elder brother is an engineering graduate and her father was an industry worker who now works in the fields. The police have registered a case of unnatural death under Section 174 of the Indian Penal Code and are investigating.

After the death of the student, a political storm erupted in the state. The opposition blamed the ruling DMK and the government. The state government and its allies in turn have been blaming the central government. Chief Minister MK Stalin assured the students that he would bring a bill on Monday that would seek President’s assent to make Tamil Nadu free from NEET. Former Chief Minister Palaniswami reminded the DMK of its poll promise of scrapping NEET and blamed it for creating confusion among students about whether the exam is going to be held or not.

More than a dozen students have committed suicide in Tamil Nadu since 2017.

Tamil Nadu BJP President K Annamalai said that DMK should stop playing with the lives of students when the Supreme Court has made the exam mandatory. He said that students are losing their lives for politics. BJP is the only party in the state which supports NEET. Reacting to the death of the student, Stalin said in a statement that the DMK government will pass a bill in the Tamil Nadu Assembly on Monday seeking permanent exemption from NEET. “Let the injustice end. Our legal battle against NEET is just beginning,” he said. NEET was started in Tamil Nadu in 2017. After this, more than a dozen medical students have committed suicide.