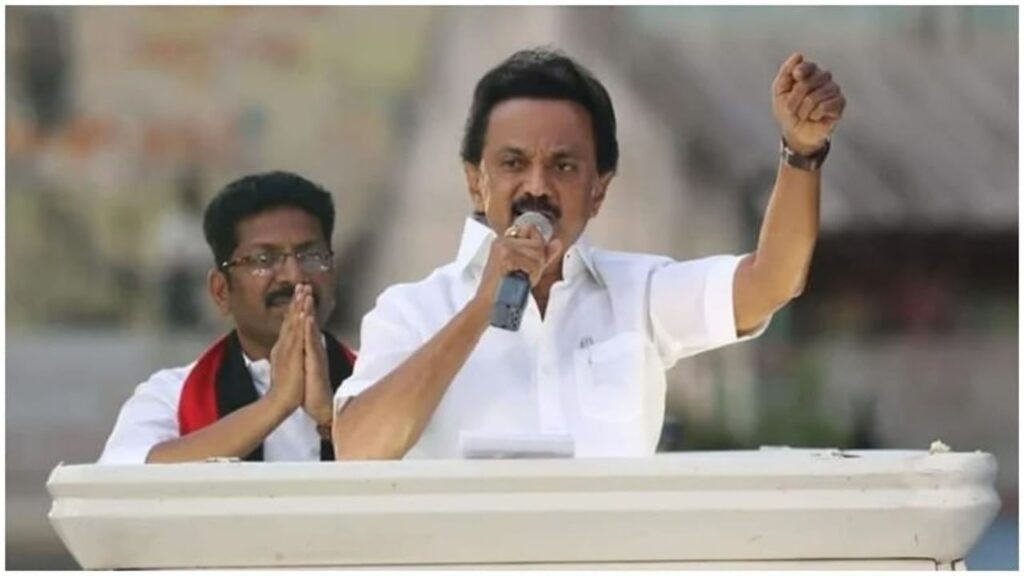 The Sri Lankan Navy is continuously taking action against the fishermen of Tamil Nadu. On Saturday also 12 fishermen have been arrested. Tamil Nadu Chief Minister MK Stalin has written a letter to PM Modi demanding that he take the initiative to rescue the fishermen at the earliest.

Tamil Nadu (Tamil Nadu) of 12 fishermen (fishermen) has been arrested by the Sri Lankan Navy along with his two boats. All the fishermen had gone fishing between Kachhadivu and Dhanushkodi on Saturday night. During this, a patrol of the Sri Lankan Navy caught him. Tamil Nadu Chief Minister MK Stalin (MK Stalin) has demanded PM Modi to take the initiative to rescue the fishermen. He wrote a letter asking the PM to hold bilateral talks with the neighboring country to find a solution to the issue and to rescue 41 fishermen and their boats.

CM Stalin said that in another incident, 12 fishermen have been caught by Sri Lanka. In a letter to the Prime Minister, he said, “Such incidents are happening on a worryingly regular basis which are troubling the people of Tamil Nadu”. He said in the letter that the fishermen who had gone fishing from Rameswaram in two mechanized boats were arrested by the Sri Lankan Navy and taken to Thalai Mannar. According to Stalin, 41 Indian fishermen have been arrested by Sri Lanka in two weeks and six of their boats have been confiscated. The CM said that such arrests and harassment has created a sense of insecurity among the fishermen community of Tamil Nadu, especially in the Palk Strait region. Due to this their livelihood has been badly affected.

Let us tell you that even before this on February 8, the Sri Lankan Navy had caught 16 fishermen from Tamil Nadu. According to the Q Branch police, two fishermen and three boats from Rameswaram were caught by the Sri Lankan Navy at 2 pm on Monday-Tuesday. Such action is being taken continuously by Sri Lanka. The Tamil Nadu government has urged the Center to talk to Sri Lanka to rescue the fishermen. Many Indian fishermen are imprisoned near Sri Lanka.

India’s External Affairs Minister S Jaishankar on Monday met Sri Lankan Foreign Minister G L Peiris in New Delhi and discussed the fishermen issue along with the possibilities of economic investment initiatives to strengthen the island nation. Jaishankar had said that he held talks with his Sri Lankan counterpart, focusing on additional steps to enhance Sri Lanka’s energy security. Both the ministers also talked about the importance of more tourism for economic recovery. Referring to the fishermen issue, S Jaishankar had said that it was agreed that the bilateral mechanism should meet at the earliest. At the same time, the leaders of various fishermen associations are continuously protesting against the arrest of Indian fishermen by the Sri Lankan Navy. They have demanded the early release of the fishermen.