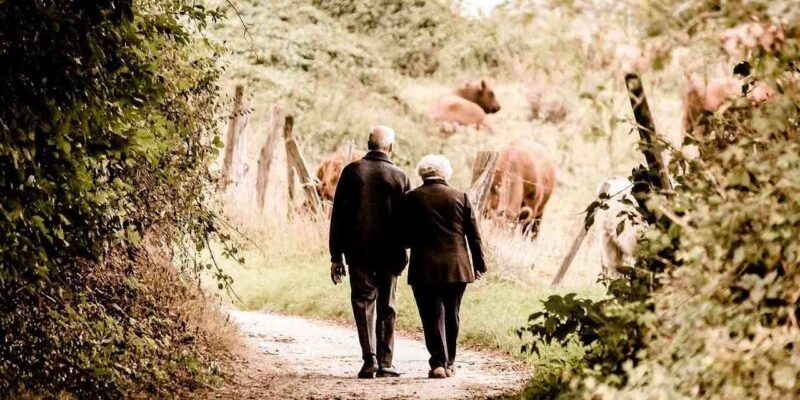 Everyone wishes for the long life of their loved ones, but it is not possible. But there are two villages in the world where the average life expectancy of women is 95 years. According to a report, women here live longer than men. Both these villages are present in England. So let’s know about this village.

According to a report by the website Daily Mail, the life expectancy in Detling and Thurnham villages of England is so much that everyone is shocked to know about it. Explain that the average life of women in these two villages is 95 years. At the same time, if we talk about the whole of Britain, then the average life of people here is 83 years. Accordingly, in both the villages of England, women have lived 12 years more. At the same time, the men here live for at least 86 years.

About 800 people live in Detling. There are many of these, who are included in the list of the oldest people in Britain. In April this year, a person named Irene Nobbs celebrated her 102nd birthday. Irene tells that she used to work as a hairdresser in the parlor. If she believes, she has been able to live for so long only after having such a busy schedule. However, the people here believe that the water here is so good that they do not have any kind of disease. Apart from this, due to being a mountainous area, the air is also clean.

Health facilities are also good in these two villages of England. There are eight doctors in this village of 800 people. Due to this, the villagers do not face any problem in any medical emergency. The village also has a natural reservoir. Because of this, there is no problem of drinking clean water here.

Also read: OMG! Woman sent to jail for taking picture of bear, know what is the whole matter

Inside Story: Delhi Police lightened by the decree issued by ‘Babu’ in the name of DCP! You will be shocked to know the reality

Farmers can increase income by adopting dairy farming as a business