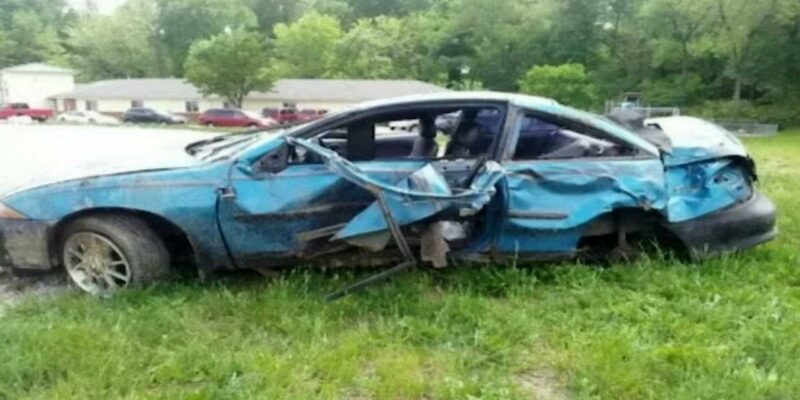 Many road accidents happen every day in the world. Every day many people lose their lives in these accidents. At the same time, the lives of those who survive are completely changed. Especially drunk driving is the biggest reason for these road accidents. A man had to bear the heavy brunt of driving while intoxicated. A person driving a car while intoxicated had an accident. He was badly injured in this accident. After the accident, it came to pass that even his private part had to be cut.

Now about this incident, the person himself has narrated his ordeal on social media. According to a report, this accident happened in the year 2014 in St. Louis, USA. Paul Berry has now told people about that painful road accident. Paul said that that day he was driving a car to meet his girlfriend. But during this time he was drinking alcohol. In the state of intoxication, suddenly his car went out of control on the way. Because of which his car became a victim of an accident.

Recalling this dreadful accident, Paul told that he fell outside the car. With this, the car rolled over and came on top of it. Paul suffered very serious injuries in the accident. Even Paul’s private part and testicle were deeply hurt. After this, when Berry was admitted to the hospital, the doctors had to cut his private part and a testicle. After a few days, when Paul opened his eyes, he came to know about this.

It may have been a long time since this dangerous accident happened to Paul, but he still trembles thinking about it. Paul Berry expresses grief and says that he will always be sad that he will never be able to become a father again. Since this accident, Paul is no longer able to feel himself like others. It bothers him a lot that such a terrible accident happened to him due to the intoxication.

Also read: A person will have to pay one crore fine for installing a security device, know the full news

Also read: Even before winning the lottery, this person made a strange announcement on National TV, the police fell behind

CWC meeting: Why is it impossible for a non-Gandhi to be elected as Congress President on Saturday?