Statistics show that the lives of the rich and the poor have improved, but there is no mother-father of the middle class. 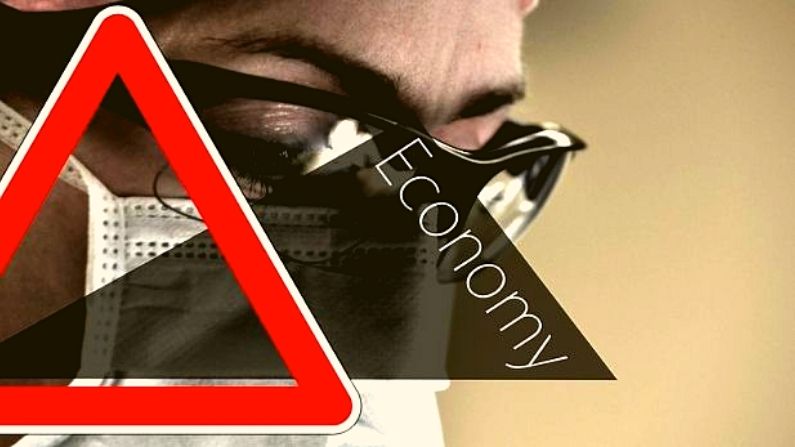 The government announced many relief packages for the poor and rich in the country. Its results are starting to show. The middle class has been deprived of it, so their lifestyle has been affected.

Middle class did not get any government relief

If government figures are to be believed, then the life of the rich section of the country has returned again. The life of the poor has also shown signs of pleasant winds, but for the middle-income group, there is no change in sorrow for the people. Looking at the data of the Index of Consumer Sentiment, something similar seems to be happening. According to this index showing the condition of consumers, there has been an improvement of 10.7 percent in the upper middle income group in July as compared to June. But still it is not even half of the situation before the lockdown. It is still 53.01 while before the lockdown it was at the level of 105.30 in February 2020. This simply means that right now the middle class has to struggle for its everyday lifestyle. Worse than this, the middle-income group has been in the middle of the income group, the increase in the income of this income group earning from 2 to 5 lakhs has been the least.

Consumer index data is also being believed because the demand for cars, expensive flats and FMCG has increased very fast across the country. Despite the increase in the price of petrol and diesel, there is no significant reduction in demand. On the other hand, due to inflation, the back of the middle class is breaking. The cost of the house is increasing but the increment is not happening in the companies to that level that they can compensate for their expenses. In fact, during the epidemic for the low-income group, the government brought many schemes, which have directly benefited them. Free food grains were arranged for about 80 crore people. Similarly, the government brought many schemes for the corporate sector, but the government had nothing for the middle class. Therefore, this section is suffering the biggest hit of the epidemic.

Actually there are three categories of consumers in the markets, first upper middle income group, second lower middle income group and third middle income group. According to the items that these three classes buy in the market, the data of the Index of Consumer Sentiment is extracted. The corona epidemic troubled people of all classes. Increased everyone’s troubles. But the lower and upper middle class is slowly getting back on track. The data of the Index of Consumer Sentiment shows that the improvement in this index in July has improved in the lower and upper middle class people. Whereas the people of the middle income group are still less active in the market. However, in the meantime, the first two weeks of August were not so good with the mood of the consumers. The consumer sentiment index fell 1.6 per cent for the week ended August 8. At the same time, in the week ending August 15, it went down by 2 percent.

Families earning less than one lakh annually have improved

There has been an improvement of 46% in the Consumer Perception Index of those families whose annual income is less than one lakh rupees. This improvement was best seen in July. Whereas this section was most affected in the second wave of Corona. If we look at the data for May, this section had slipped 25 percent in the sentiment index. At the same time, the index for this group in July was 56.4 percent, which was slightly higher than the level of 55.3 in April 2021. Before the Corona epidemic, the number of families earning less than one lakh annually in the country was around two crore. Which has increased to about 5.4 crores since the Corona epidemic. That is, an increase of about three crores has been seen in the number from before.

The condition of families with an annual income of more than one million has also improved.

The Consumer Perception Index has not only seen an improvement in the people belonging to the lower income group, but has also seen an improvement in the perception index of those households whose annual income is more than one million. In this month’s Consumer Sentiment Index, their sentiment has increased from 16.6 per cent to 63.3 per cent. After the slowing down of Corona, the perception of affluent families has improved the fastest compared to the other group. While the Consumer Sentiment Index in July stood at 60 per cent of February 2020 levels, the figure for other groups was around 50 per cent at February 2020 levels. There are about 30 lakh such families in the country whose annual income is more than one million. However, before the epidemic, this number used to be around 40 lakhs.

What is the condition of the upper middle class group?

According to the report of the Center for Monitoring Indian Economy (CMIE) and the Indian Society of Labor Economics (ISLE), about 13 crore people have become unemployed in the lockdown. Of these, 40 percent i.e. 5.25 crore were blue collar jobs. who worked in the office. Obviously 90 percent of these people belong to the middle class. Most of the middle class working in the private sector are dependent on their salary. Be it running the expenses of the house, education of the children or the installment of the flat, everything is affected. Apart from these five and a half crore people, whose jobs were saved, their salary got cut, which will take time to come back to the old position.

did not get any relief

Announced a huge package of Rs 21 lakh crore to provide relief to the industries. But the government did not make any plan for the middle income group. After the end of the lockdown, the migrant laborers got work under MNREGA and some have returned to the job. There were also announcements of relief for small and medium industries. But the biggest problem for the middle class, the government could not provide any relief in EMI.