Solar eclipse on June 10, know when and where ‘Ring of Fire’ will be visible 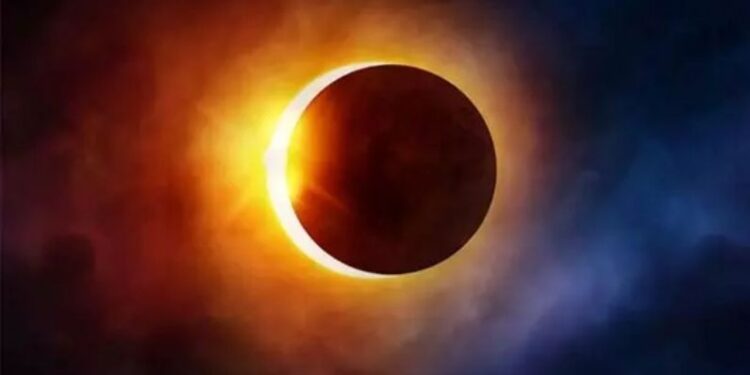 According to Indian time, there will be a partial solar eclipse at 11:42 am and it will start taking annular form from 3:30 pm and then by 4:52 pm, a ring of diamonds will appear in the sky. will appear like this.

The first solar eclipse of this year is going to take place on Thursday, June 10, but it will be difficult for people who are fond of watching this astronomical event in India, because it is only in the north-east of the country. It will be visible only in the eastern extremes- Arunachal Pradesh and Ladakh. At the same time, a partial solar eclipse will be visible in a large part of North America, Europe and Asia. People in Arunachal Pradesh will be able to see the eclipse just before sunset, while in Ladakh the eclipse will be seen for a shorter duration but at a higher altitude than Arunachal.

Debiprasad Durai, director of MP Birla Planetarium, said that this solar eclipse will be seen at around 5:52 pm in Arunachal Pradesh (Arunachal Pradesh).Arunachal Pradesh) can be seen from near Dibang Wildlife Sanctuary. Whereas, Ladakh (LadakhIn the northern part of ) it will be visible at around 6 pm. He said that according to Indian time, there will be a partial solar eclipse at 11:42 am and it will start taking an annular form from 3:30 pm and then will appear like a ‘ring’ in the sky till 4:52 pm.

what is annular solar eclipse

When the sun’s light slowly comes out from behind the moon, at one point its glow appears like a diamond ring, which is called ‘Ring of Fire’. The solar eclipse formed in the shape of this ring is called annular solar eclipse. Whereas during a total solar eclipse, the sunlight does not reach the earth at all. At the same time, when the shadow of the Moon covers only one part of the Sun instead of covering the entire part, then a partial solar eclipse occurs. The phenomenon of solar eclipse occurs only on the new moon.

read this also – ‘Don’t use saliva while packing, may spread corona’, orders of Madras High Court