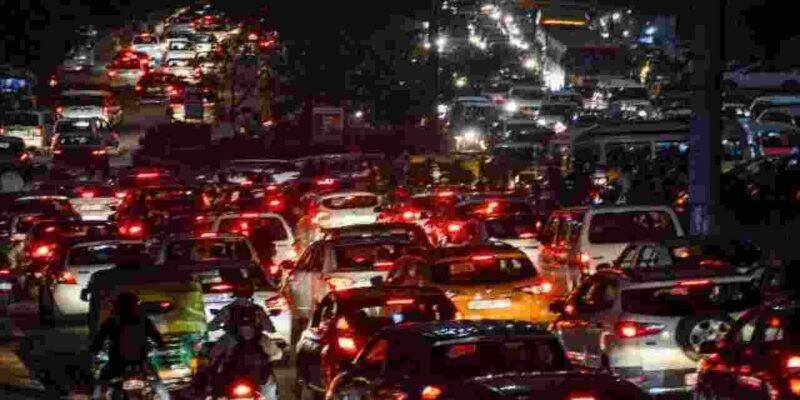 Due to lack of planned development of small towns, congestion in big cities is increasing.

The NCR Planning Board has reduced its National Capital Region (NCR). Now it has come down from 55083 sq km to 37115 sq km. To measure this, Delhi’s Raj Ghat has been made the center and a radius of 100 km has been kept in the National Capital Region around it. It’s okay in a way too. Unnecessarily, many areas remote from Delhi had to follow those rules and regulations, which are non-essential for that area. However, some people believe that this will adversely affect their development. On the other hand some people say that the marginalized cities were neither able to take advantage of the NCR Planning Board nor the plans of the respective state governments. Whereas the state governments used to consume their earnings.

Now look, go from Delhi to Jaipur or Haridwar or Chandigarh. The distance of these cities in three opposite directions is the same. All are located at a distance of about two and a half-three hundred km from Delhi. A little less than this distance is from Agra. But in the name of going to all the three cities except Agra and coming back to Delhi, there is a tension in the mind that somehow one should reach Delhi from the border! Recently I had to go to Jaipur, and went by car. Colleagues had said that leaving Delhi at 6 in the morning or else it would take three hours to reach Manesar. Getting ready at six in the morning and taking out the car, found it difficult to move forward due to the fog. By the time we reached Dhaula Kuan, it was eight o’clock and after that it took two more hours to cross Manesar. In this way, the total journey of 280 km took me a full eight hours. When I returned the next day, it reached Manesar at 4.30 pm and after that it took four hours to cross the Delhi-Gurugram jam.

Similar journey takes place in commuting to and from Chandigarh. Reaching Sonipat and coming from Sonipat to Delhi makes us cry. Jams are available, often one has to wander due to route diversion. This tragedy also has to be faced on the Delhi-Haridwar route. The question is that why is there so much trouble in reaching near any major city of the country and reaching its destination. Whether those cities are Mumbai or Kolkata, Chennai or Bangalore. Getting into the city is a big problem. It is a waste of fuel and time. People stuck in a jam often lose their mental balance and start fighting unnecessarily. This road-rage incidents are increasing, a big reason behind this is also this jam.

Easy to go to Lucknow but difficult to go to Delhi

Today, if a person wants to go from Delhi-NCR to Lucknow, then it is known that the amount of time he has to give in Delhi’s jam, in almost the same amount of time a person reaches Lucknow from Delhi. Recently, it took me a total of five hours to cover a distance of 485 km from Lucknow to Noida’s Mahamaya Chowk. But after that it took me three more hours to reach my home in Vasundhara. Whereas my house is at a total distance of 18 km from Mahamaya Chowk. The main reason for this is that there are thousands of people in Delhi-NCR every day, who live in other cities but come to Delhi to do jobs. That is, till now there is no option as to how to develop smart cities as soon as possible, so that the people living in metros do not have to waste time unnecessarily. If such cities are developed in every province, then this burden on the metros will be reduced.

Why only the development of the capital?

Since independence, it has become a tradition to develop the capital and its surroundings and leave the rest of the traditional cities to their fate. This is the reason that cities like Delhi, Mumbai, Kolkata, Jaipur, Lucknow, Patna, Hyderabad etc. kept expanding but industrial cities like Kanpur, Jalandhar, Ludhiana lagged behind due to lack of infrastructure. Not much time passed when only the Babu class working in the Secretariat lived in the capitals or the merchants selling some necessities. Then in Delhi itself, after six in the evening, there was silence on the roads and if it was too late, even public transport was not available. Buses are available all night in the same Delhi tonight and even at 2.30 pm one has to stop for two to three minutes to cross an intersection like ITO.

Something similar is also the case with the state capitals. But on the contrary, there are many cities from where people are migrating, because there is no employment, business has come to a standstill. The reason for this is the lack of essential basic facilities there. For any city to develop, it is necessary to have electricity, road and water facilities, as well as to be attentive to law and order. But now, except in the capital cities, there is a severe shortage of drinking water, electricity remains unavailable and the roads are not maintainable. The law and order situation is that all the common people get robbed. This is the reason that the city of Kanpur with a population of 40 lakhs has now become zero industry and the youth of that place are fleeing to Delhi.

A special reason for this is the convenience of the politicians. They develop cities according to their convenience and their vote bank. However, the capitals develop automatically. But if the tradition of developing smart cities continues, then perhaps the load of capitals may be reduced. But for this, attention will have to be paid not to its convenience and vote bank, but to those cities which are bound to develop. In which some facilities are already present and where raw material can be obtained from nearby people. Cities like Kanpur, Ludhiana and Jalandhar can become examples in this case. If these cities are developed, then the load of Delhi will be less and there will be a break from the hustle and bustle of the jam. Similarly, such cities will have to be found around the capitals like Mumbai, Kolkata, Chennai and Bangalore etc. Only then will we be able to get rid of unnecessary tensions of life.

CWC meeting: Why is it impossible for a non-Gandhi to be elected as Congress President on Saturday?

Uttar Pradesh: The youth of Uttar Pradesh will get bumper employment from PM Modi’s ‘master plan’, CM Yogi told how?