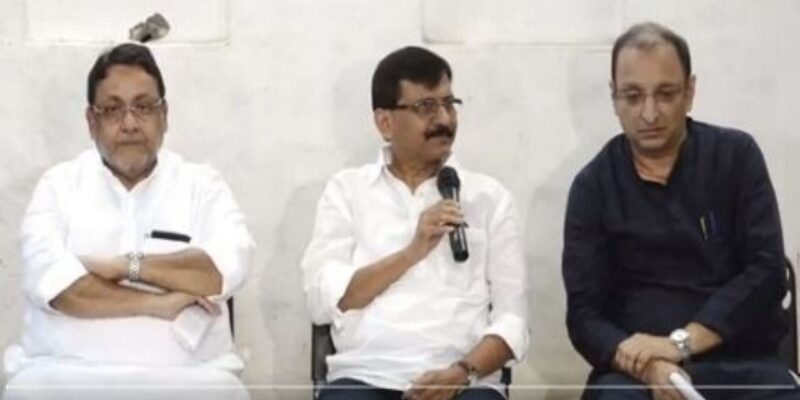 The effect of the violence of Lakhimpur Khiri in Uttar Pradesh is also visible in Maharashtra. The state cabinet’s meeting on Wednesday expressed regret over this violence. Also, in protest against this violence, the Maha Vikas Aghadi led by Chief Minister Uddhav Thackeray has called for ‘Maharashtra Bandh’ on 11 October. The essentials have been kept out of this bandh. Keeping this bandh in mind, a press conference was organized by Mahavikas Aghadi today (October 9, Saturday). Shiv Sena MP Sanjay Raut made it clear that in this bandh, Shiv Sena will come with full force and this bandh will be 100 percent successful. NCP spokesperson Nawab Malik (NCP) and Congress spokesperson Sachin Sawant (Sachin Sawant, Congress) were also present in this press conference.

Sanjay Raut said, “Inhumanity has been filled in the veins of the central government and its related party (BJP). This is being started to awaken the people of the country against this. Farmers are not alone. We are standing behind them. To realize this, Mahavikas Aghadi has called for Maharashtra Bandh on 11 October. In this bandh, all the three parties related to Mahavikas Aghadi will be involved. Yesterday, Sharad Pawar has also said that everyone should join the bandh and make the country and the farmers feel that we are with them.

Time to show that farmers are not alone – Sanjay Raut

Further Sanjay Raut said, “Two days ago I was in Delhi. I also discussed this with Rahul Gandhi. It was decided that along with Maharashtra, other states should also take such steps. Wherever our government is. Where our organization is strong. A bandh should be called in all those states. If we cannot get on the roads for the sake of farmers, then show support from where we are. People haven’t slept. Annadata farmers are not alone. It’s time to show. That is why I will only say that along with Congress and NCP, Shiv Sena will also enter the bandh with full force. We have full faith that the people will support this bandh because the people of the country are watching how the son of a Union Minister is roaming in the open even after killing four farmers. It has also affected the mind of the public.

North-Central Railway will be fully electrified by June next year, 6150 km of track work completed