Shashi Tharoor decides to leave the show of Parliament TV, will not program till the suspension of Rajya Sabha MPs is canceled 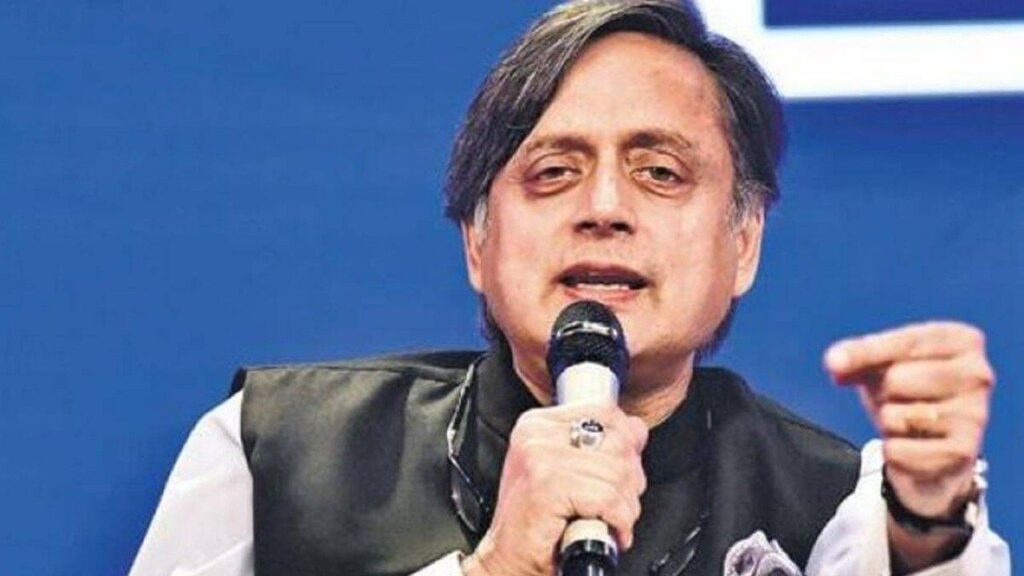 In September, Shashi Tharoor and Shiv Sena MP Priyanka Chaturvedi were given the responsibility of hosting different programs of ‘Parliament TV’. Chaturvedi has also resigned against his suspension.

Congress MP Shashi Tharoor has decided not to do his talk show ‘To the Point’ of ‘Parliament TV’ in solidarity with the suspended MPs. In a statement issued on Monday, Tharoor supported the protest of the suspended MPs and said that he has decided to withdraw the suspension of the MPs and postpone his show till all sides are heard in the proceedings of Parliament. Earlier, Shiv Sena MP Priyanka Chaturvedi also resigned as the anchor of Parliament TV on Sunday.

Shashi Tharoor said in his statement, “I believe that it was in the best traditions of India’s parliamentary democracy to accept the invitation to host the program on Parliament TV. Because it reinforces the principle that our political differences do not prevent us from participating as MPs in our parliamentary institutions. However, the arbitrary suspension of 12 Rajya Sabha MPs has raised questions about the bipartisan spirit of Parliament.

Priyanka Chaturvedi is among 12 MPs who were suspended from the Rajya Sabha on charges of “bad conduct” in the House. Chaturvedi has resigned against this suspension. In September itself, Shashi Tharoor and Shiv Sena MP Priyanka Chaturvedi were entrusted with the responsibility of hosting different programs of ‘Parliament TV’.

In a letter sent to Rajya Sabha Chairman Venkaiah Naidu on Sunday, Priyanka said, “I have decided not to anchor the Parliament TV program ‘Meri Kahani’. After my arbitrary suspension, which has completely tarnished the established parliamentary norms and rules, attempts were made to stifle my voice and that of my party. When I am being denied the primary oath of the Constitution, I am reluctant to fulfill the responsibility of Parliament TV.”

Also read- Farmers Protest: Farmer leader Chadhuni said – Waiting for the call of the government committee, farmers will not move from Delhi border till the demands are met