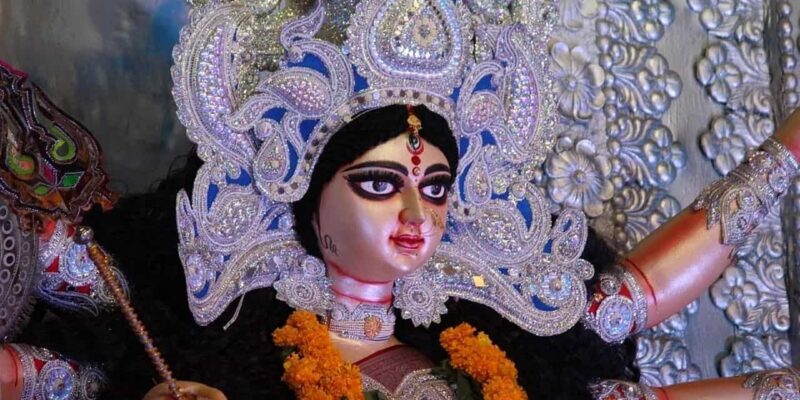 The holy festival of Navratri has started from today. The nine days of Navratri are very important. It is believed that the one who worships Maa Durga with a sincere heart during these nine days, all his wishes are fulfilled. For these nine days, Goddess Durga is worshiped in different forms.

Ghatasthapana is performed on the first day of Navratri. According to the Hindu calendar, Navratri begins every year on the Pratipada date of the Shukla Paksha of the month of Ashwin. This festival is celebrated with pomp all over the country. This time the festival of Navratri is starting from 07 October. This time Navratri is of 8 days due to two dates falling.

According to another legend, Lord Rama worshiped Mother Durga for nine days at Rameshwaram. Mother Durga was pleased and blessed Shri Ram with victory. After this, on the tenth day, Rama fought with Ravana and conquered Lanka, hence the tenth day is celebrated as Vijayadashami.

Also read – Navratri 2021: Know how this festival of worship of Maa Durga will be for your zodiac sign?

Also read – Shardiya Navratri 2021: Navratri starts from today, do this work before fasting, every wish will be fulfilled

Nick Jonas has fallen in love with Indian customs, before doing every good deed, Priyanka Chopra gets this thing done

PM Modi will go to Uttarakhand today, will dedicate 35 oxygen plants to the country, know the full schedule