September 15, the last date to make online nominations for the Padma Awards of 2022, apply like this 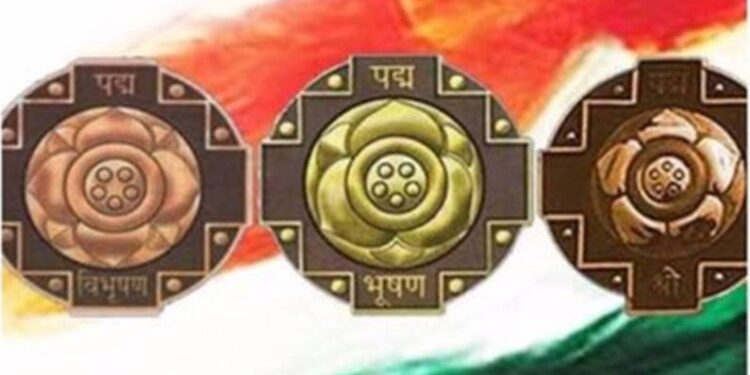 Padma awards are included in the country’s highest civilian awards, which mainly include Padma Bhushan, Padma Vibhushan and Padma Shri.

Last date for online nominations for Padma Awards is September 15

The Center on Thursday said it is committed to convert the Padma awards into “Janta ka Padma”. The Center also urged all citizens to make nominations and recommendations including self-nomination for the prestigious civilian honour. Nominations/recommendations for Padma Awards are received through online mode only on the portal https://padmaawards.gov.in will be done. The Union Home Ministry said that online nominations or recommendations are open for these awards to be announced on the eve of Republic Day, 2022, the last date of which is September 15, 2021.

Padma awards are included in the country’s highest civilian awards, which mainly include Padma Bhushan, Padma Vibhushan and Padma Shri. The statement said that the government is committed to convert the Padma awards into “Janta ka Padma” and hence all citizens are requested to make recommendations including nomination, self-nomination.

Modi government is giving them reward since 2014

The nominations and recommendations should include all relevant details specified in the format available on the Portal, including a quote in descriptive form (maximum 800 words), which should include the individual’s specific and exceptional achievements and services rendered by the individual.

The central government has already asked all the states to constitute a special search committee to find out the potential awardees who have not been considered for the award despite their exceptional services. Modi government is giving Padma awards to such ‘heroes’ who have contributed to the society in various ways.

The Ministry of Home Affairs has requested all the Central Ministries, Departments, State Governments, Union Territory Administrations, Bharat Ratna and Padma Vibhushan awardees and Institutes of Excellence to identify talented persons from amongst women, weaker sections of the society, SC, ST. Concerted efforts should be made for The statement said that ‘Divyang’ persons who are doing selfless service to the society and whose excellence and achievements are truly worthy of respect. In a recent letter to the states, the Home Ministry said that many such people can often be overlooked mainly because they do not want publicity or attention in the public sector.

The letter written by RK Singh, Joint Secretary, Ministry of Home Affairs, said, “Therefore, it is requested to make concerted efforts to identify such persons whose excellence and achievements should be recognized and suitable measures in their favour.” Enroll. Needless to say that recognition of such deserving persons will only enhance the prestige of these awards.

He said, “In the above background, I request you to kindly send suitable nominations for the Padma Awards to be announced on the occasion of Republic Day, 2022. In this regard, it is suggested that you may constitute a special search committee to identify, consider and finalize

Also read- The biggest demand of foreign companies will be fulfilled, the government may give exemption in compensation to corona vaccine like Pfizer soon – sources