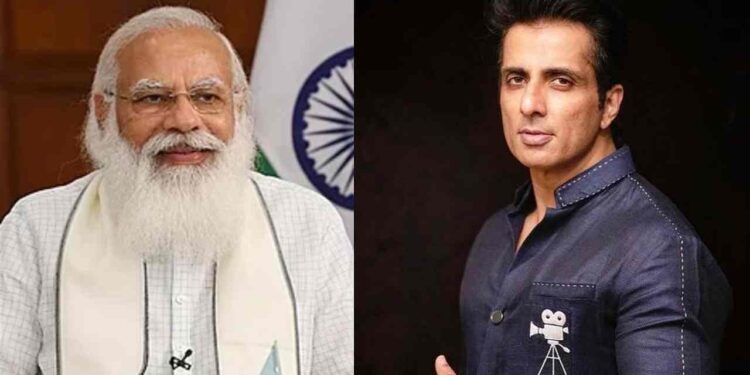 A survey is being done by the Income Tax Department on his six locations related to actor Sonu Sood. The IT department is probing whether the Bollywood actor has disproportionate assets.

Government’s biggest decision in the telecom sector, rules will change from SIM card to tower installation

Big news is coming out regarding the disinvestment of Air India, a government airline company buried under huge debt. According to information received from sources, Tata has bid for Air India. If sources are to be believed, Air India has a total debt of Rs 43 thousand crore and this entire loan is on government guarantee. If Tata wins the bid, it will get ownership rights in Air India. The government will bear this debt before giving the ownership of the airlines to the new company.
Click to read full news

Sputnik Lite trial approved in India, know how different this single dose vaccine is from Sputnik-V

India will soon get a single dose vaccine for the fight against Corona. Actually, the Drug Controller of India has given permission for the third phase trial of Russia’s Sputnik Light vaccine in India. The special thing is that this is a single dose vaccine, after which one dose will not require another dose, that is, only one dose will be enough. Currently, all vaccines administered in India require two doses.
Click to read full news

Important decision of Maharashtra government regarding OBC reservation, will remove the ordinance and make reservation

On the issue of political reservation of OBCs, the Maha Vikas Aghadi government led by Chief Minister Uddhav Thackeray has taken an important decision on Wednesday (September 15). Ordinance will be brought for OBC reservation. This information was given by Chhagan Bhujbal, a minister in the Thackeray government. Chhagan Bhujbal said that the model of Andhra Pradesh and Telangana will be adopted for giving reservation. However, 10 to 12 percent space will be less. But we are trying to save up to 90 per cent of the reservations that were being received before the Supreme Court canceled them.
Click to read full news