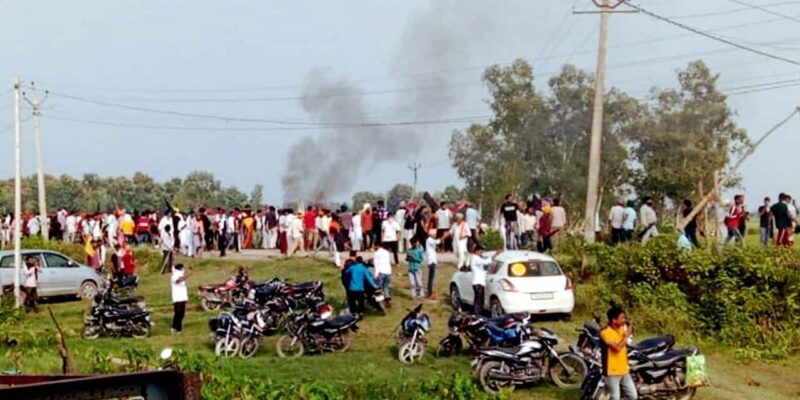 Politics has heated up after the violence in Lakhimpur.

Lakhimpur Kheri Violence: Eight people, including four farmers, were killed in violence when they showed black flags to Deputy Chief Minister Keshav Prasad Maurya and Union Minister of State for Home Ajay Mishra, who had come to attend a program organized in his native village.

The Uttar Pradesh government has refused permission to the Congress delegation led by Rahul Gandhi to visit Lakhimpur Kheri. Party leaders had planned to meet the family members of four farmers out of the eight killed in Sunday’s violence. But in view of the Section 144 imposed around the incident site, the administration has refused to allow Rahul Gandhi to go there. The Uttar Pradesh government has also deployed police to prevent opposition leaders from traveling to Tikunia, about 70 km from the district headquarters of Lakhimpur Kheri. The state government has announced a judicial inquiry into the Lakhimpur Kheri case under a retired high court judge.

It is worth mentioning that on Sunday, eight people, including four farmers, were killed in the violence during showing black flags to Deputy Chief Minister Keshav Prasad Maurya and Union Minister of State for Home Ajay Mishra, who came to attend a program organized in his native village. .

read this also: Lakhimpur Violence: Another disclosure in the Lakhimpur violence case, the eyewitness said – the crowd was waving swords; Slogans of Khalistan Zindabad