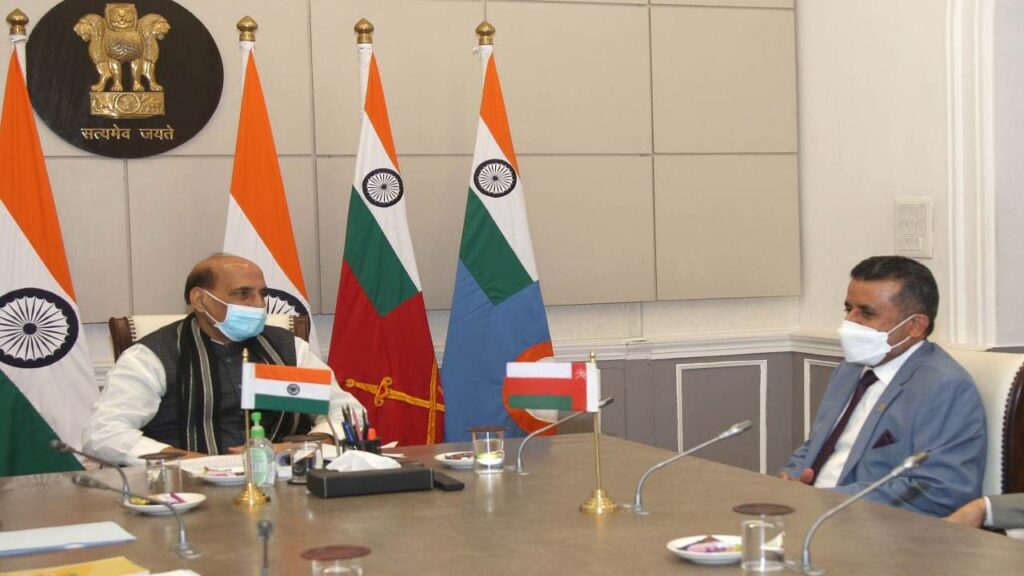 These talks were focused on enhancing bilateral defense and strategic ties. These talks were conducted under the framework of the Joint Military Coordination Committee (JMCC). Al Jaabi is currently on a tour of India. Ajay Kumar tweeted that today the 10th JMCC meeting was held in a friendly and pleasant atmosphere with the Secretary General of Defense of Oman Dr. Al Jaabi and the accompanying delegation. Also said that we worked on a plan for strong defense cooperation between the two countries. Al Jaabi discussed with Air Force Chief VR Chaudhry about increasing cooperation between the Air Force of the two countries.

In September last year, India and Oman signed an agreement to exchange information on ship movement and promote maritime security cooperation. The Indian Navy cooperates with the Royal Navy of Oman on many fronts, including training. Both the navies have been participating in the biennial maritime exercise ‘Naseem Al Bahr’ since 1993.

Earlier in December, Defense Secretary Ajay Kumar had suggested the Border Roads Organization (BRO) to share its expertise with friendly countries regarding construction work in high altitude areas. The Defense Ministry said in a statement that Kumar also appreciated the BRO for making efforts to increase the participation of women and appointing them as commanding officers in road construction companies in the border areas.

Also read- Relations between India-Nepal will be strengthened, the work of bridge construction will start soon on the Mahakali river in Dharchula

Also read- Budget 2022: From 30% tax on digital assets transfer to no change in income tax slab… Know here 7 big things of the budget