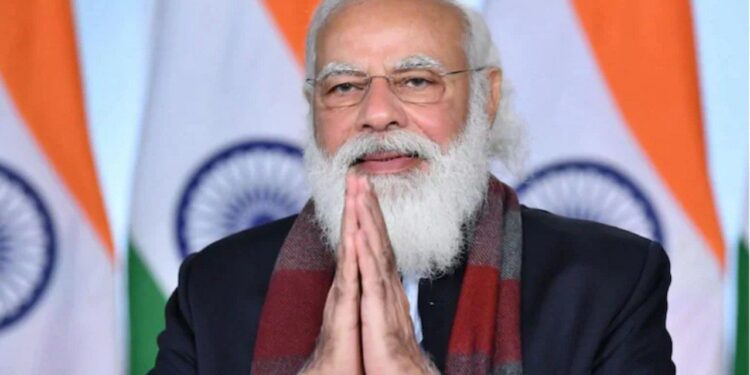 Prime Minister Narendra Modi is going to address the plenary session of the SCO summit to be held in Dushanbe, capital of Tajikistan, through digital medium.

Prime Minister Narendra Modi will address the summit meeting of the countries of the Shanghai Cooperation Organization (SCO) through a digital medium. This meeting will be held on September 17 in Dushanbe, the capital of Tajikistan. The Ministry of External Affairs said that PM Modi will address it through digital medium. Along with this, External Affairs Minister S Jaishankar will represent India in Dushanbe.

According to the statement of the Ministry of External Affairs, in this summit, the leaders of the countries of the Council are expected to review the activities of the organization in the last two decades and the possibility of cooperation in the future. It said that issues of regional and international importance are also expected to be discussed in the meeting.

India participating as a full member for the fourth time

According to the statement of the Ministry of External Affairs, Prime Minister Narendra Modi is going to address the plenary session of the SCO summit to be held in Dushanbe, capital of Tajikistan, through digital medium. This is the fourth summit in which India is participating as a full member of the SCO. The importance of this meeting also increases because the organization is celebrating the 20th anniversary of its establishment this year.

After this, PM Modi will also visit the US next week, where he will participate in the summit of leaders of the Quad group in Washington on 24 September. The Ministry of External Affairs announced this. This will be PM Modi’s first visit to America after Joe Biden took over as the President of America. Let us tell you that the last time PM Modi visited America was in September 2019.

read this also: Earlier the distance from the majority, now the caste became the compulsion of the BJP, the Chief Ministers of these states can change before the elections!

read this also: Hearing on vacant posts in the tribunal: SC reprimands the Center, said – the process of appointment is disappointing, reply in two weeks