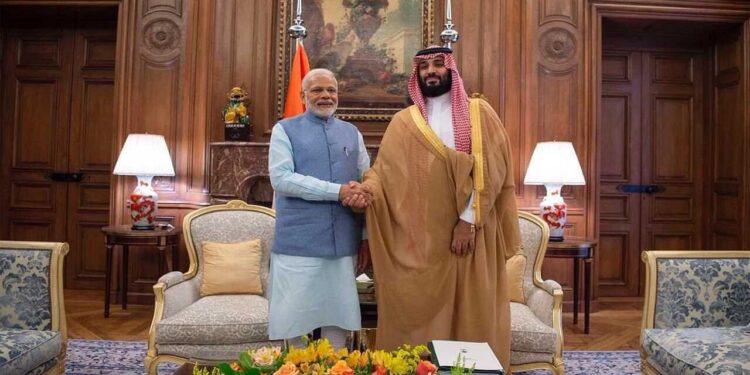 Saudi Arabia and UAE are considered as friends of India in the Middle East. The concerns of both of them have increased since the Taliban’s rule in Afghanistan.

Saudi Arabia’s Foreign Minister Prince Faisal bin Farhan Al Saud is visiting India this week. During this, talks will be held mainly between the two countries regarding the current situation in Afghanistan. Qatar has begun diplomatic relations with Kabul and is moving towards recognizing the Taliban.

Saudi Arabia and UAE are considered as friends of India in the Middle East. The concerns of both of them have increased since the Taliban’s rule in Afghanistan. They fear that the jihadist network may increase under the Taliban government. Apart from Qatar, Turkey and Pakistan are also seen standing with the Taliban. Both these countries have even started commercial flights from Kabul. Qatar is engaged in overseeing the technical side of the Kabul airport operation. On the other hand, the Taliban is considering handing over the security of the airport to the Turkish army.

PM Modi spoke to the Crown Prince of UAE

Prime Minister Narendra Modi recently spoke to the Crown Prince of UAE Sheikh Mohammed bin Zayed Al Nahyan over the phone on September 3 regarding the situation in Afghanistan. Apart from this, External Affairs Minister S Jaishankar had hosted Dr Anwar Gargash, the diplomatic advisor to the UAE President, on 30 August. There was a conversation between the two regarding the situation in Kabul.

Saudi Foreign Minister will come on this day

The foreign minister of Saudi Arabia is scheduled to arrive on September 19. It is believed that Prince Faesal, External Affairs Minister S Jaishankar, can hold a meeting with NSA Ajit Doval. Apart from this, he can also have a meeting with Prime Minister Narendra Modi. The very next day, Jaishankar will leave for New York for the UNGA and QUAD meeting. Qatar has also played an important role behind the Taliban’s dominance in Afghanistan. Foreign Minister Sheikh Mohammed bin Abdul Rahman Al Thani and Special Ambassador Mutlaq bin Majed Al Qahtani visited Kabul last Sunday. While other countries are still considering recognizing the Taliban.

PM Awas Yojana: Owaisi’s target on CM Yogi, said- Muslims got only 10 houses out of 6 lakh in UP