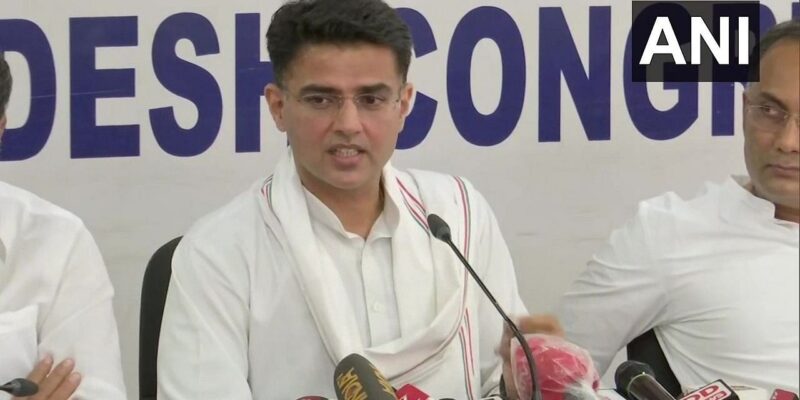 It is worth mentioning that when an organizer asked Sachin Pilot, the former Deputy Chief Minister of Rajasthan state, that you write your own book. So while replying to this, the pilot said that you do not worry, I am here for 50 years. This statement of Pilot is believed to be a reply to Ashok Gehlot’s statement on October 2, in which Gehlot had said 15-20 years now nothing will spoil me, whoever wants to be sad, whether he wants to.

Sachin Pilot did not stop here, he targeted Gehlot in gestures while surrounding the BJP government. Pilot said that very few people are able to accept by telling a mistake in themselves. One is that the man should be connected to the ground with the truth. In fact, he must have lived a life of simplicity. Nowadays politics has become of hypocrisy too. Many people try that I am very grounded, very simple but the reality is something else. You can pretend for two hours, four hours, six hours a day, but you cannot do it for twenty-four hours. The reality comes to the fore.

The pilot further said that therefore it is better to accept who you are. Accept your personality reality as it is. The more openly we speak in front of the public, the public accepts it. If he tries 24 hours to show who I am not, then that wit doesn’t work.

every person has flaws

Pilot said that we should remain transparent while accepting the reality we have in politics. We are human beings, I have a hundred shortcomings too, but I start to understand that I am full of all virtues, I cannot be wrong, this mentality is fatal for democracy. The person of the ruling party should have so much heart that if someone is doing wrong then he should have the courage to say.

Even 2 days before this, Sachin Pilot had also targeted Gehlot in gestures in the assembly constituency Tonk. Actually, the pilot had said that no one always stays on the post. It is public, as much time as you give, you will sit on the throne. When the people change their side, there is such a strong reversal that the person does not even know what is happening. But those people who have this pride and arrogance that we will sit in power till the last stage of life, I think they are wrong.

Rajasthan: Health Minister Dr. Raghu Sharma has been given a big responsibility by the party, made Gujarat in-charge

Bhupesh Baghel targeted Yogi Adityanath, said – scared of the opposition, Congress will form the government under the leadership of Priyanka Gandhi

Mansukh Mandaviya appealed to the public regarding Corona, said – ‘People still need to be vigilant against the virus’