Russia-Ukraine War: German Chancellor expressed concern about the security of Europe, said – the world needs to be alert about nuclear attack 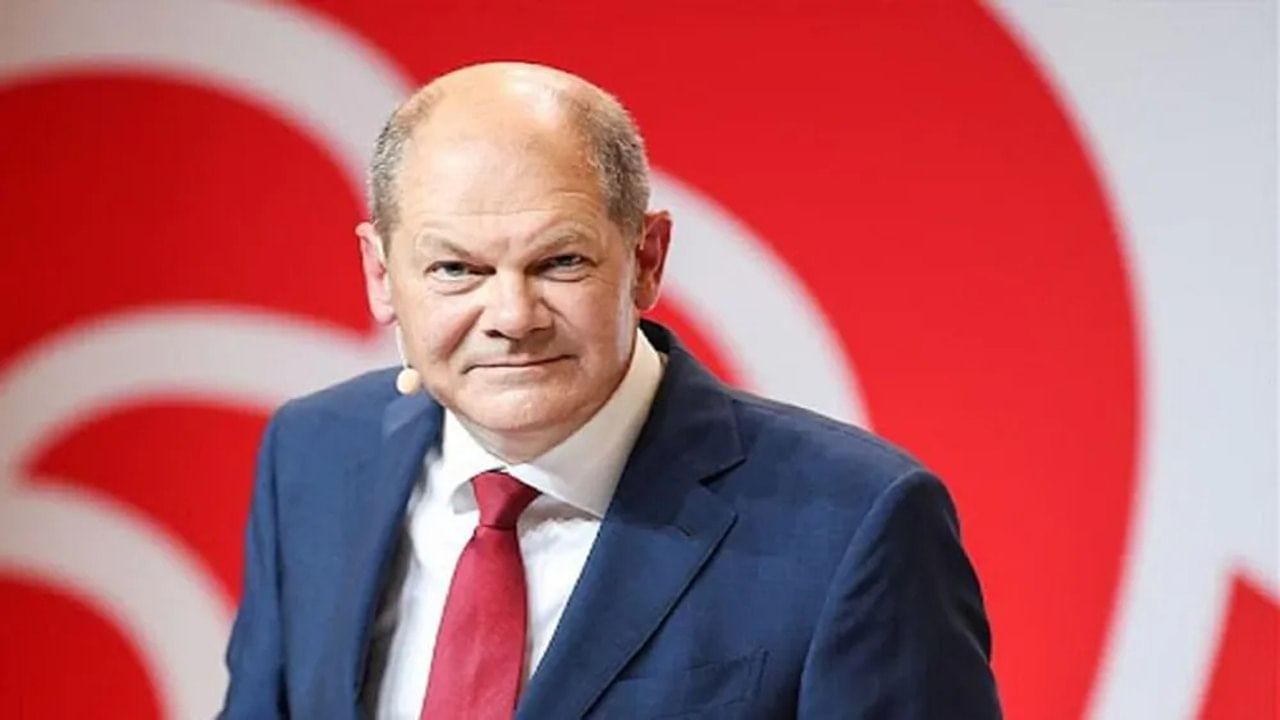 In a conversation with Sky News, the former Vice Chief of Staff of the US Army said that there is constant talk of nuclear attacks on Russian state television, never seen before.

America today (AmericaFrom ) to Russia, from Berlin to the Kremlin, only two words were discussed. First Russian President Putin’s atom strategy and second Ukraine war (Ukraine War) discussion of expanding the scope. The question arose whether Putin can now carry out special military operations in Europe as well. Has the Tactical Atom Bomb Drop Area Been Finalized? That’s because today Vladimir Putin (Vladimir PutinAnchors close to ) once again warned the world of nuclear attack. The anchor, who is called Putin’s mouthpiece, even said that nuclear attack is necessary to maintain peace.

According to the Daily Mail, Russian war reporter Alexander Sladkov has advocated dropping atom bombs on Ukraine. The reporter claimed that Putin has no option to back down. They have to give demonstration of Nuclear Weapon. According to Alexander Sladkov, the use of nuclear weapons has become necessary to create fear in NATO. The war reporter claims that the 40 countries that are supplying arms to Ukraine against Russia are giving weapons, due to which the nuclear option needs to be explored.

A similar thing was said today by another Russian journalist and Nobel Prize winner Dmitry Muratov. In an interview to the South China Morning Post, Dmitry said that it is still impossible to stop Putin from carrying out a nuclear attack. The most frightening thing is that Putin has all the power of the country without sanctions. Putin believes that nuclear weapons should be used after the continuous help received by Ukraine. In the midst of all this, US General Jack Keane countered the Russian nuclear threats.

Speaking to Sky News, the former Vice Chief of Staff of the US Army said that there is a constant talk of nuclear attacks on Russian state television, like never before. According to General Jack Keane, America, Britain and France have strategic nuclear deterrence, so Russia will have to think twice before using these weapons. However, in the midst of all these statements, Germany is beginning to fear a nuclear attack. The German Chancellor has warned about Russian nuclear weapons. Scholz said that it should not be understood that Russia will stop in Ukraine, it will attack another country.

Is Europe starting to fear Putin?

Now what is the reason for this fear of Germany. Why has the nuclear fear meter gone up in Europe? Is Putin’s Atomic Attack Impossible To Stop? Who gave the latest prediction of nuclear attack? Is Europe starting to fear Putin? What’s going on in the Kremlin? What is going to happen and how terrible can the coming days be for the world. Till now these things used to be in suppressed tongue. Preparations were going on behind the scenes, but for the first time Germany has shown the courage to speak openly. Germany has started taking Putin’s nuclear warning seriously.

The most recent proof of this is the latest statement of the German Chancellor which appeared in the British newspaper Express. Its headline is worth noting. It is written in the headline that the threat of nuclear attack increased amidst warnings on Germany’s Ukraine invasion. However, after this the statement made by Olaf Scholz is more shocking and it is disturbing to the whole of Europe including America. Talking to the German newspaper Stern, the German Chancellor said that the world needs to be alert amid the threat of Russia’s nuclear expansion. Reacting to Russia’s possible nuclear attack, the German Chancellor said that there is a need to take everything serially in the midst of the war. The West should have no misunderstanding about Putin.

German Chancellor also expressed concern about the security of Europe

Olaf Scholz also expressed concern about the security of Europe. According to Scholz, emergency-like situations have arisen in Europe. The whole island is going through an extraordinary situation. Decisions in Europe are raising the question of life and death. Now all these things are indicating only on one side that there is fear of Putin in European countries, but what was the purpose of saying all these things. It is important to understand what was the message from Germany. According to Scholz, many people fear that the Russia-Ukraine war will spread to many countries of Europe. Internationally, we are in a very terrifying and dramatic situation at the moment. Ukraine’s army is giving a good fight to Russia, but the real problem is that there is no hope of ceasefire yet.


Till now Germany had taken the middle line, but now Germany is slowly coming under the pressure of the EU and hence changes are visible in the statements. Along with this, there is also news that Germany is now going to send heavy tanks and artillery to Ukraine. But in the midst of all this, on the other hand, America also said a new thing about the Ukraine war. President Biden visited the Lockheed Martin Facility in Alabama yesterday. He said that if there was no Javelin missile, then the situation of WW3 would have been created. It means that America or Germany does not want to take direct competition with Russia and that is why there is talk of support from behind the scenes. The arms supply line has been opened, but it is necessary that Russia’s intentions are also clear. Russia is now in the mood for a one-to-one fight, no matter what the outcome.