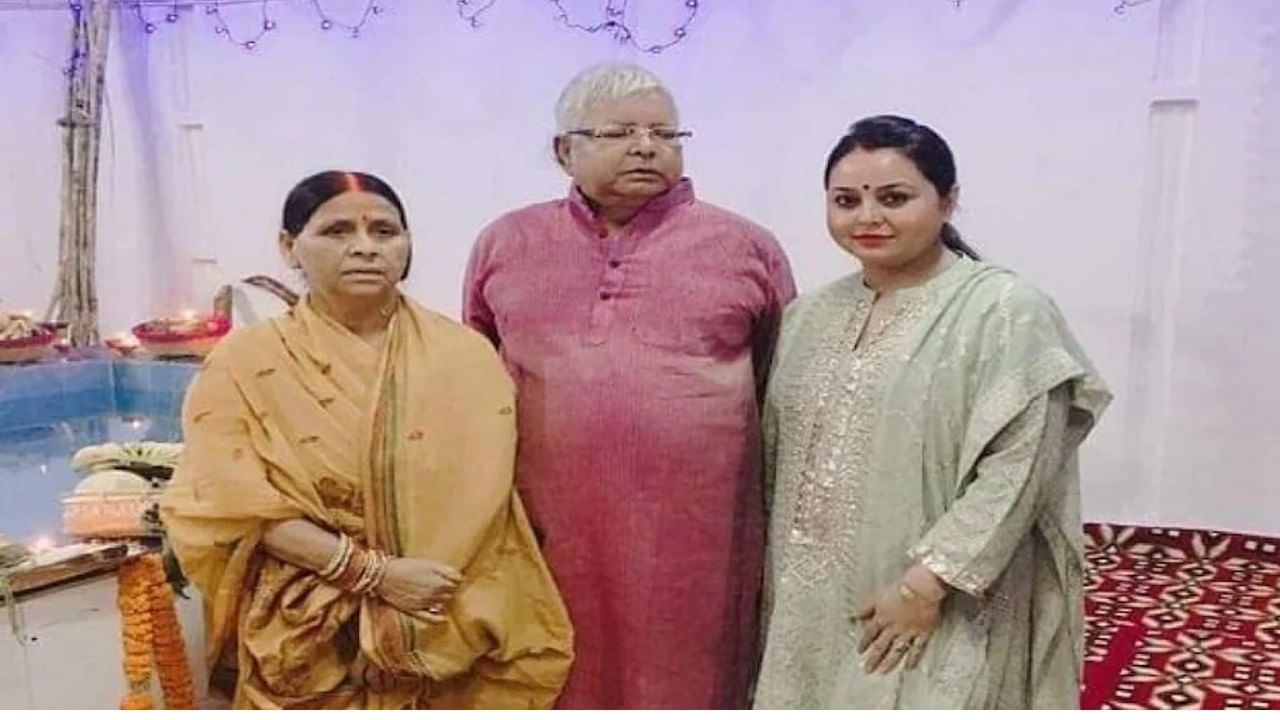 Former Railway Minister Lalu Prasad Yadav is raiding 15 places in connection with land in lieu of railway job. Enraged by the raid, Lalu Prasad’s daughter has attacked the BJP government at the Center and Nitish Kumar by tweeting one after the other.

RJD President Lalu Prasad Yadav (Lalu Prasad YadavA new case has been registered against him by the CBI. And raiding more than 15 of their locations. The CBI team is raiding many places of Patna, Delhi, Bhopal, Gopalganj from Sabuh and is interrogating the family members. Meanwhile, after the raids on Lalu Prasad’s premises, his daughter Rohini Acharya has given a strong reaction and has attacked the BJP government at the Center and Nitish Kumar by tweeting one after the other. Rohini tweeted for father Lalu Prasad – Papa is ill, treatment is going on, brother has gone to London for ideas for India conference, mother is alone at home. Mother and daughters of the house are being harassed by the parrots of the center by doing a well-planned conspiracy.

Told the parrot to the CBI

Rohini took a jibe at CBI and tried to ridicule it by calling it a parrot, Rohini tweeted – O parrot ever thought that only Railway Minister Lalu ji was the one who gave thousands of crores of profit to the Railways and he was the Management Guru in the country and abroad. Suppose then what happened that neither before nor after them, no one gave profit to the railways, after all, why is it not a matter of investigation?

Rohini also attacked Nitish Kumar along with the central government and BJP and wrote – O parrot, leave your master, earn a lot of merit, give justice to the girls of the girl’s home scandal. Along with this, Rohini wrote, O parrot, tell every The year is full of rats eating bridges worth millions of crores. Along with this, the second tweet was made. O parrot, put red on the house in front too, today open the pole of the drunken mouse and the creator


Accused of giving land in lieu of job

Rohini Acharya, who is most active on Twitter in the Lalu family, attacked the caste census through a tweet. He said through a tweet- “The raid is an excuse to scare Lalu ji on the issue of caste census.” Raids are being conducted at Lalu Prasad’s premises regarding irregularities in railway recruitment. In this case, a new case has been registered against him. In this, in lieu of land, there has been talk of job in railways. The matter pertains to when Lalu Yadav was the Railway Minister at the Center from 2004 to 2009.