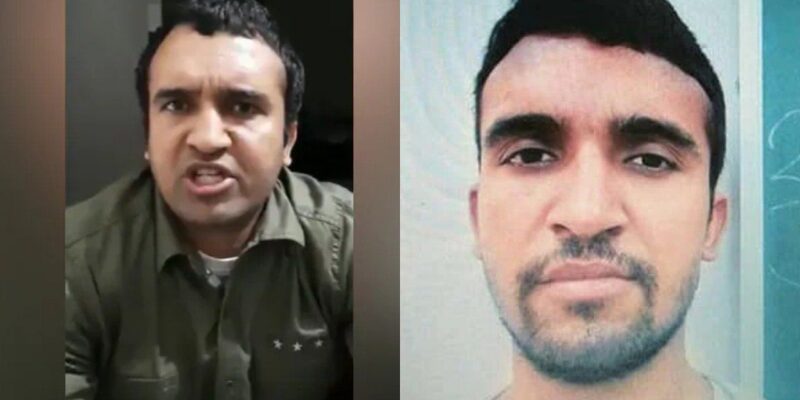 Gangster Jitendra Gogi, who was killed in a gang war in Delhi’s Rohini Court, used to run the gang. This gang was involved in dozens of cases related to murder and extortion in Delhi.

Gangster Jitendra alias Gogi (30) was shot dead on Friday afternoon by two assailants in Delhi’s Rohini court. This caused a stampede in the court campus.

In the firing in the Rohini Court of the country’s capital Delhi on Friday afternoon, the Special Cell of Delhi Police has arrested two people while taking action. Both the people who got caught by the special cell have been identified as Umang and Vinay. The Special Cell has arrested both of them on the basis of CCTV footage of Gate No. 4 of the court. Both these accused are residents of Haiderpur in North West Delhi.

In fact, on Friday afternoon in the Rohini court, two assailants shot dead gangster Jitendra alias Gogi (30), who had come for production. This caused a stampede in the court campus. During this, the commandos of the Special Cell, who brought Gogi to production, killed both the attackers in the court room itself. In Rohini court, 30 to 35 rounds of bullets were fired in the firing from both sides. On getting information about this incident, the district officials reached the spot.

Court security increased after the incident

Rohini’s DCP Pranana Tayal told that Jitendra Man Gogi, one of the top-10 gangsters of Delhi, was brought to Rohini Court Room 207 to appear in a case of attempt to murder. The hearing of the case was going on in the court that two attackers dressed as advocates started firing indiscriminately on Gogi. During this, Gogi was hit by 3 to 4 bullets and he died on the spot. Meanwhile, the commandos of the Special Cell killed both the attackers on the spot. During this, bullets continued in the court room for about 15-20 minutes. After this the security of the court has been increased.

The miscreants executed the incident after the raid

Let us inform that on Friday in Rohini court, miscreants killed Delhi’s top most crook Jitendra alias Gogi. It was only after the initial investigation that the name of Sunil alias Tillu Tajpuria surfaced in the case. The investigation of this murder case has been handed over to the Crime Branch. On Saturday, the Crime Branch team led by DCP reached Rohini Court for investigation. Crime and FSL teams were also present during this. According to police sources, apart from Tillu, the names of Baghpat’s miscreants Sunil Rathi and Naveen Bali are also coming out in the investigation so far. It is believed that despite being in jail, Jitendra Gogi’s strength was increasing. In such a situation, Tillu conspired with Sunil Rathi and Naveen. During the investigation, some important CCTV footage has been found by the police. Which shows that the attackers have carried out the incident only after conducting a raid.

There were more than 200 shooters in Gogi’s gang.

Significantly, according to sources, Jitendra Gogi had increased his power a lot during the last decade. His shooters were always ready to carry out incidents like extortion, murder, attempt to murder, robbery. At present, he was commanding his gang in many adjoining states including Delhi, Haryana. Although at present more than 200 boys are working in his gang.

read this also: Delhi Police: Now women DCP will protect 6 out of 15 districts, LG approved the proposal of Ministry of Home Affairs