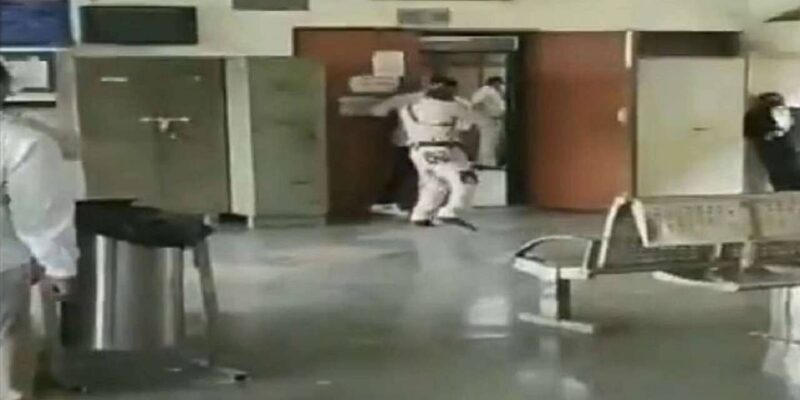 New revelations are being made in the Rohini Court Shootout in the murder case of gangster Jitendra Gogi. It has come to the fore in interrogation that gangster Tillu Tajpuria had earlier intended to kill Jitendra Gogi during his appearance in Panipat.

The main suspect in this case is the jailed gangster Tillu Tajpuria and his fellow gangster Naveen Bali, who is in jail, has revealed many secrets. To carry out this shootout, Tillu Tajpuria had sent two shooters Rahul, resident of Phaphund village of Meerut and Jagdeep alias Jagga, resident of Sonipat, to Rohini jail. At the same time, Naveen Bali had sent the third shooter to the court.

Changes planned before the date of appearance in Rohini court

It has also been revealed in the interrogation that Tillu had entrusted Vinay and Umang to provide the hideout to Rahul and Jagga and to conduct the recce. Rahul and Jagga were killed in this whole incident and Vinay and Umang were arrested. Bali also told that Tillu had made an intention to kill Jitendra Gogi during his first appearance in Panipat. But, before that the date of appearance came in Rohini Court of Delhi, just two days before the incident, the plan of Panipat was changed to Delhi.

Rakesh Tajpuria had provided weapons to the shooters

At the same time, it was revealed during interrogation that Rakesh Tajpuria, who commanded his gang from outside after Tillu was lodged in jail, had provided weapons to the shooters. At the same time, the Crime Branch of Delhi Police has also arrested third gangster Ashish Chaudhary in this case. Soon after the arrest of Ashish, now the Crime Branch police will bring him on remand for interrogation. Let us inform that Ashish Chaudhary was also mainly involved in the conspiracy hatched to kill Jitendra Gogi.

Also read: Delhi Air Pollution: Between November 1-15, Delhi has the highest pollution, this is the real reason; Anti dust campaign starts from today